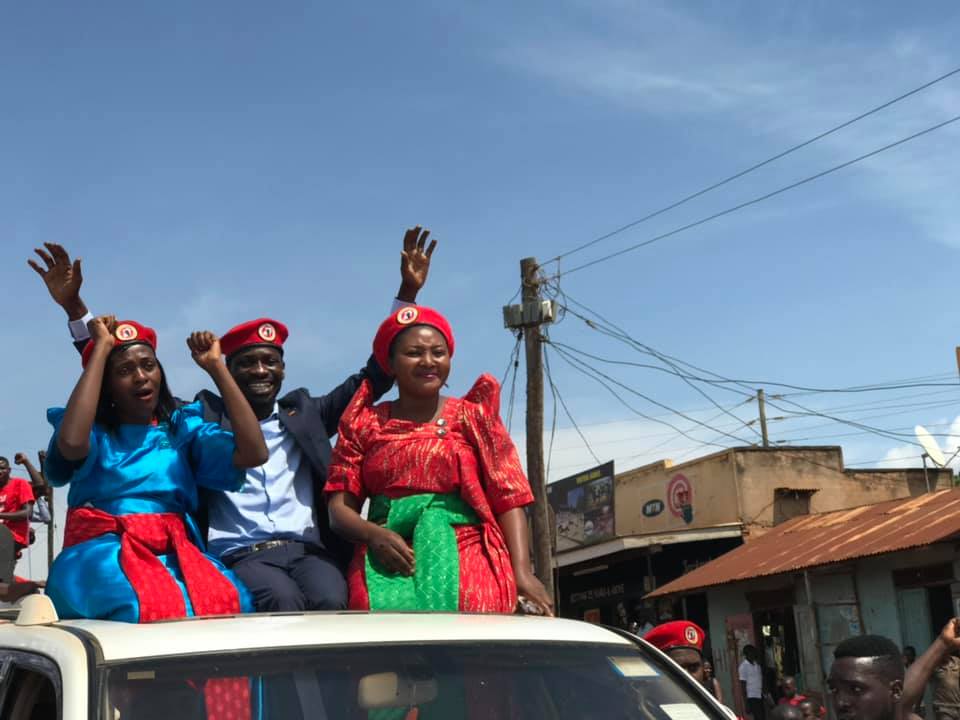 Yesterday, Honourable Robert Kyagulanyi SSsentamu spent the day in Hoima district on the campaign trail of Asinasi Nyakato Kamanda who is running for the Hoima Woman MP seat.

The joint opposition candidate drew up crowds and excitement in various parts of Hoima where she held rallies to address her supporters.

Kamanda was joined by several opposition politicians including the former Leader of Opposition in Parliament Winnie Kiiza and MP Barnabas Tinkasimire.

Hoima town was painted in red as several supporters subscribing to the People Power movement adorned their red berets and other red attire.

Writing about his day out in Hoima yesterday, Hon. Kyagulanyi Ssentamu said;

“Another revolutionary day spent on the campaign trail for our sister Asinasi Nyakato Kamanda who is running for Woman MP, Hoima District. In both urban and remote areas of Hoima and neighbouring places, the word is one: PEOPLE POWER. There have been numerous arrests of our people and all manner of intimidation- but the people are even more determined! The dictatorship is in trouble- our nation is ready for a change! Very glad to be joined by Hon. Winnie Kiiza, Hon. Barnabas Tinkasimire and other leaders from all pro-change formations. We are the United Forces of Change.” 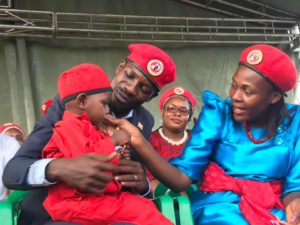