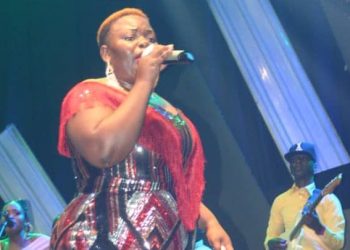 Musicians Ronald Mayinja and Catherine Kusasira clashed at Kusasira’s concert held at Serena hotel Kampala, yesterday night. The cause of the clash was Mayinja’s performance of his controversial Bizeemu song, which is critical of NRM and President Museveni. Museveni was in the audience as a chief guest.

Mayinja’s Bizeemu song is a gloves-off attack on NRM. It compares it to past regimes and insinuates that there is no difference. The song says that tribalism, murder, insecurity, and other crimes that forced Museveni to go to the bush and liberate the country are still prevalent to date. 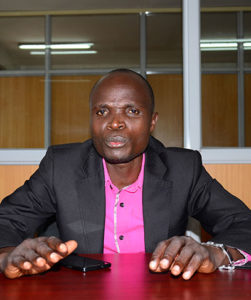 The performance didn’t amuse Kusasira, who jumped out from backstage and immediately ordered the sound engineers to cut Mayinja off the microphone, because the song was not auguring well with NRM stalwarts in the audience, among the president Museveni. Indeed Mayinja was thrown off the stage shortly thereafter, amidst protests from him and his fans.

Kusasira’s wasn’t the only one angered by the song. President Museveni also attacked Mayinja in his speech and warned him against using music to spread lies about NRM and his government. “Our government is not killing people but fighting the killers! So there is no Bizeemu!” Museveni said.

Catherine Kusasira is a staunch NRM supporter and her concert was bankrolled by the NRM party. A number of officials from the party attended the concert at Serena Hotel.