Museveni calls on musicians to support NRM at Kusasira concert 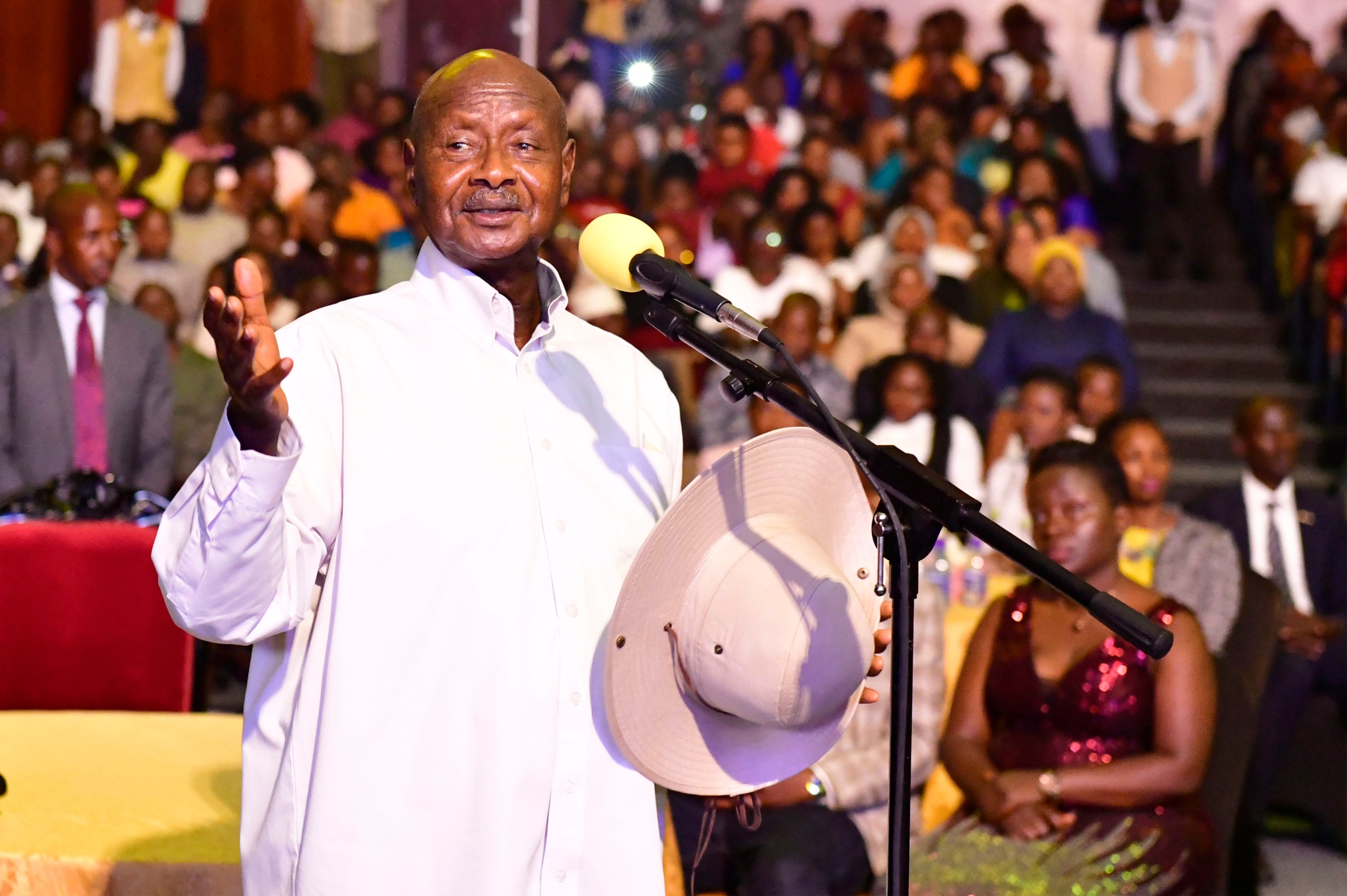 This morning, President Museveni posted on his social media pages about his experience at Catherine Kusasira’s concert at Serena hotel yesterday.

“While at the Catherine Kusasira concert, I implored artistes to use their talents in ways that do not sow divisions based on lies. I also pledged government’s effort towards working against all the threats and crimes against Uganda and her people.” he wrote

Museveni continues his efforts to neutralise the growing popularity of Hon. Robert Kyagulanyi Ssentamu who he believes got his popularity through music and the arts. By reaching out to artists like Kusasira who are pro-NRM, Museveni hopes to grow his base and diminish Bobi Wine’s growing popularity.

Last night ( at Catherine Kusasira's show) was the third time I have been to a music concert and I was thrilled to see Ugandans enjoying themselves in a peaceful environment. pic.twitter.com/MarWVt19Gf

At the concert, Museveni mistakenly mentioned Bobi Wine’s name when he meant to refer to Bebe Cool who sat next to him all through the event.