“Don’t quit your job for politics” 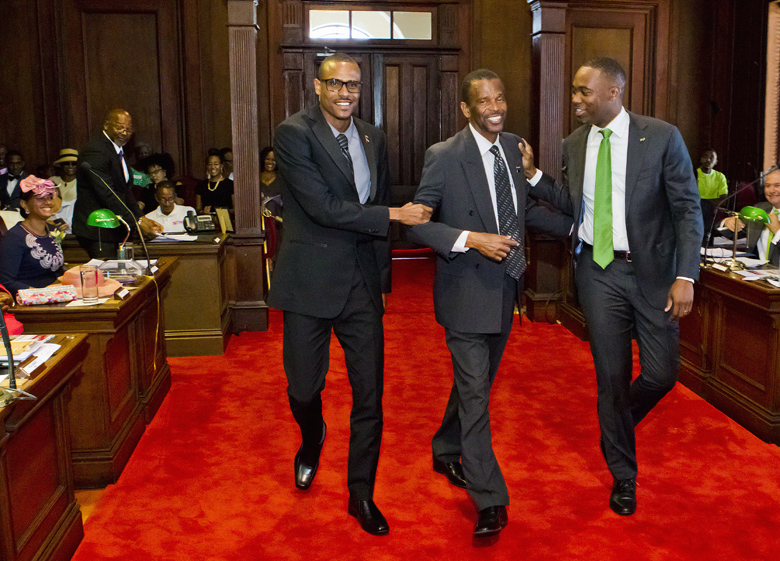 The Speaker of Bermuda Parliament Dennis Lister has cautioned Ugandans interested in running for political office to think twice before quitting their jobs.

While meeting Ugandans who once worked in Bermuda, at Skyz Hotel last evening, Mr Lister advised that before joining politics, people should establish themselves to a level where their families can survive.

“People should never give up their jobs to run for political office. You are serving at the mercy of an individual and if you and that individual fall out, your family suffers,” he said.

Lister who is in Uganda for the 64th Commonwealth Parliamentary Conference, however, advised that “they should keep some sort of income because once you lose your job as a parliamentarian, you will then put the government on the pressure to retain you.”

According to Uganda’s Parliamentary elections act 2001, a person elected to Parliament when he or she is a member of a local government council or holds a public office shall resign the office before assuming the office of Member of Parliament.

This is however not the case in Bermuda, a small country in the Carribean with a total population of 65,441 people.

Lister says legislators in Bermuda are encouraged to establish themselves with alternate jobs before running for political office.

“We are a small community. So the opportunity to re-establish oneself or get reconnected to a job is also limited. If you give your job up today, it is going to be filled up immediately and if you lose your position in parliament the following week, it will be hard to get back,” he says.

He notes that most of the legislators in his country run their own businesses.

“I have seen a lot of people get excited because they got elected and they give up their job. Many of us run our own businesses. Even when you don’t have an employer, you have to strike a balance with your private business.”

Asked what he thinks about the idea of quitting one’s job for politics, Kim Shawn Hubert, another legislator from Bermuda said, “I would never give up my job for politics. I am going to retire from politics and you always return to your trade. When you give it up, you return to zero and your family suffers.”