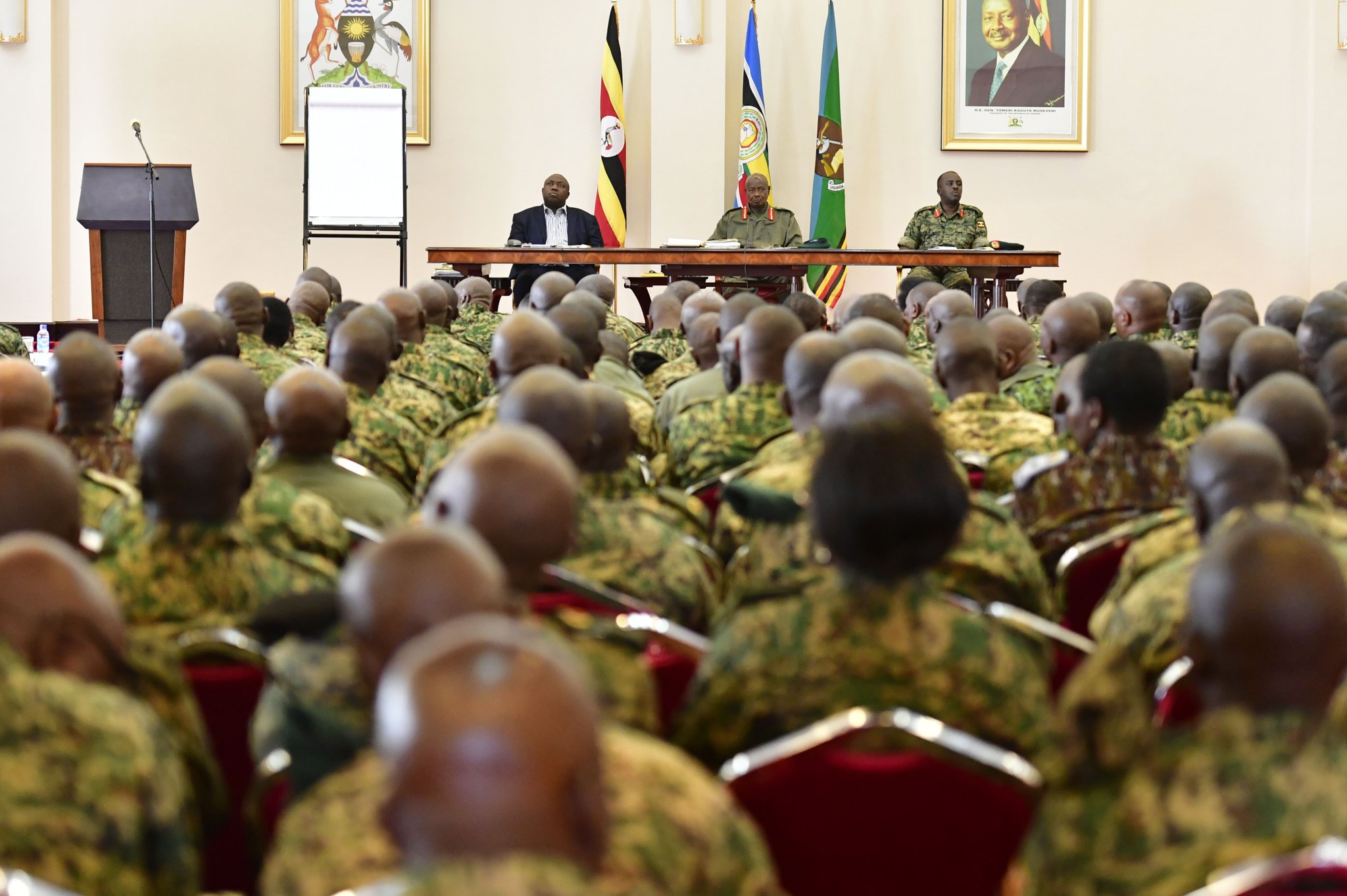 Over this weekend, at State House Entebbe, President Museveni chaired both the UPDF High Command and the Army Council, the latter being the military’s supreme decision-making.

This comes at a time when the security and safety in the country continue to decline each day. It also follows a recent spotlight on security agencies over human rights violations and abuses.

President Museveni said that the deliberations focused on the current security situation in the country and the meetings expressed satisfaction with the prevailing peace. They noted the need for the UPDF to continue supporting other security agencies when called upon to fight criminality.

“We also discussed issues of soldiers’ welfare and I officiated at the commissioning of two officer cadets; Ignatius Taremwa and Teddy Namyalo, who recently completed training abroad,” he added.

Despite efforts by Museveni and his team to put in place different strategies aimed at improving security, the president continues to be frustrated by what he calls “small” crime gangs. However, the impact of these small gangs continues to undermine him and make him appear weak at every turn. The security forces had resorted to crude methods to deal with suspects and this raised the alarm for Museveni in light of the US Treasury Department sanctions on Kale Kayihura.