Museveni’s statement on Kayihura sanctions reveals his betrayal and anger 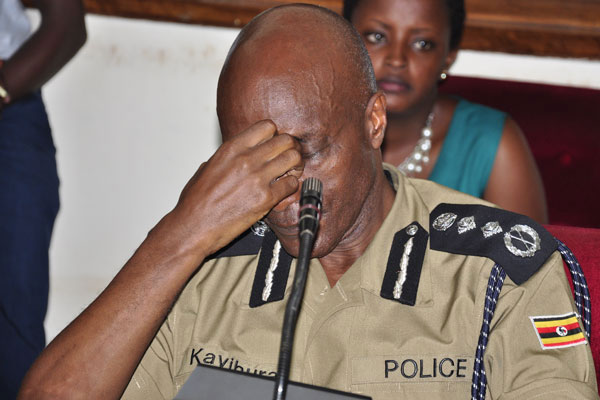 The media has been awash with discussion of a statement issued by General Yoweri Museveni on the sanctions issued against Kale Kayihura by the US. Many quick commentators have gone ahead to read into the statement as a show of comradely by Museveni towards Kale Kayihura.

Well, after critical study and analysis, I can say with certainty that Museveni’s statement is evidence enough that he indeed threw Kayihura under the bus. If anything, Museveni did not offer any moral support or confidence to Kayihura and his family, instead, he took time to use Kayihura’s plight to tell us more about himself and his heroic acts as a true son of the African soil. The statement issued yesterday was not about Kayihura, it was about the hero Museveni coming out to reject “imperialism” and horn his pan-Africanism.

Firstly, Museveni chose to bash the opposition from being happy about the US sanctions of Kale Kayihura. This in itself defeats logic. Why would the opposition not be happy when a man who not so long ago haunted them and maimed many of them falls out of luck? What is so shocking about that? Museveni seems to want to drive political capital from this issue by indicating that probably the opposition is in bed with the West and not patriotic. In this way, he probably wants to calm the nerves of security chiefs and NRM errand boys who are now worried that their dark acts could land them in trouble as they did to Kale Kayihura.

Secondly, Museveni goes on to talk about Uganda not handing over Kale to any foreign power. On this point too, he seems to be predicting the future. As it is, the US sanctions did not call for an arrest of Kayihura or his family, rather, they imposed a ban on his travel to the US and a cessation of any properties he has in the US. And this is not the first time Museveni has talked about not handing over anyone to the ICC or any foreign power. He likes to pull that card alway. He did so during Muammar Gaddafi’s time, Omar Bashir and other “friends” of his. In all these cases, he has looked on as these leaders fall out of grace and land in domestic trouble.

In the letter, Museveni calls out Kayihura for treason if he indeed has any properties in the US or abroad. He spends a lot of time talking about his policy of non-investment abroad even when facts on table show otherwise. He seems to condemn Kayihura for having potentially pt away money in foreign banks and abroad.

Museveni also gives the assurance that Kale Kayihura and other people who have made mistakes will be handled in Uganda. Of course, it is only him who has such confidence in our judiciary given that most times, he is able to influence the outcome. If anything, he is indirectly telling Kale Kayihura, “you are at my mercy now”