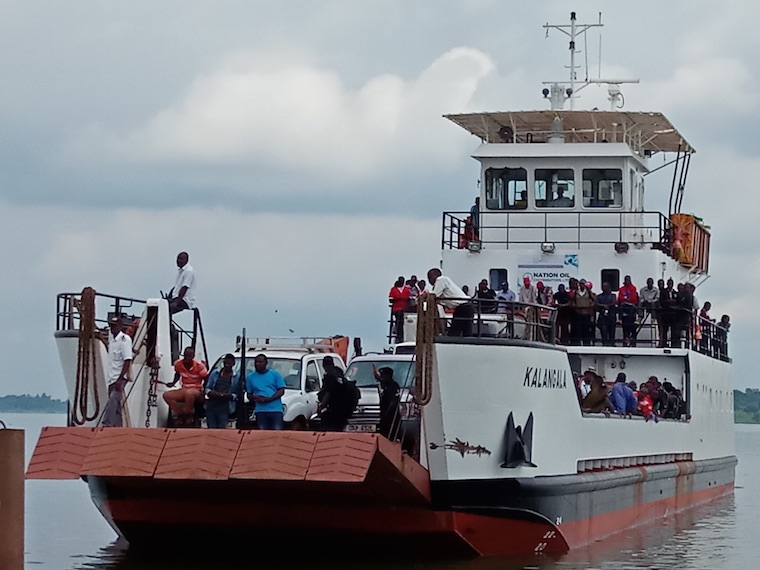 MV Kalangala operators want the government to review their operations and allow them to carry more passengers on the ferry than it is currently permitted I other wards they want Government to Permit ferry Overloading.

According to Mr Fahad Ssozi, The public relations officer of Nation Oil Distributors Ltd, the company that runs the ferry, said the current cap of 100 passengers allowed makes the ship operate below its capacity compared to the demand and influx of People.

“When you look at the influx of people, it keeps on increasing, because in our agreement with the government four years ago, they didn’t know that people travelling to Kalangala will increase in future,” he told one of Our sources in an interview on Thursday.

Mr Ssozi further noted that The capacity the ferry carries is really less and affects their profits and the vessel because it’s not given the capacity it’s supposed to carry. This vessel has never reached even its quarter tonnage; it has 162 tonnes and 100 people don’t even make one tonne. Even if every person were to weigh 80 kilogrammes, their total weight would be only 800 kilogrammes, which still doesn’t make one tonne, so the remaining tonnes are left for cargo, which cargo they don’t also get.

He also added that sometimes they are forced to carry water equivalent to 60 Tonnes because the Engines demand the endorsed capacity load to enable the vessel balance on water.

“Our technical experts told us that we are weakening these engines. Therefore, we request the government to review and increase the number of passengers or substitute them with cargo to enable us to carry more travellers or cargo,” he said.

However when we contacted, the state minister for Works Gen Katumba Wamala, a bitter him said  “Will the review enlarge the vessel? If they are not ready to comply, let them drop the contract. We are not about making money but safety. The nation is in grief about the people who died last year, so we can’t risk people’s lives.’’

In a letter to the managing director of Nation Oil Distributors Ltd, the Works and Transport ministry Permanent Secretary, Mr T.B Kavuma, said reports from both the media and ministry teams carrying on-spot checks indicate that MV Kalangala is loading beyond its recommended capacity warning that the operators stick to recommended loading capacity as spelt out in the contract.

While Passengers aboard MV Kalangala fear for their life over Possible disaster waiting to happen, the Operators of the Same want Government to officially grant them Permission to Overload the Ferry.

At a time the Country is still mourning over 32 revellers who drowned as their boat capsized near Mutima Beach as it was sailing to K-Palm Beach on Mpata Island in Mukono District. Earlier, on the same lake in Tanzania, another vessel MV Nyerere, capsized and had more than 200 people drowned in September.