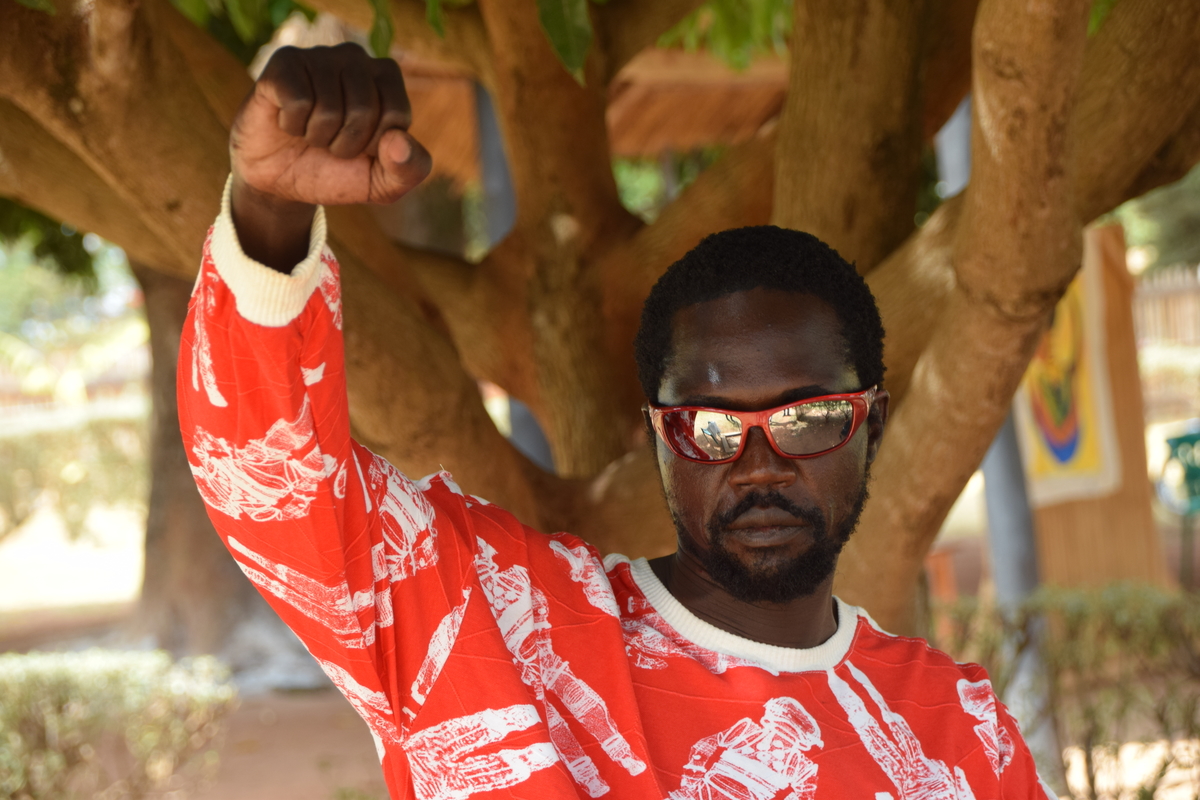 Police in Gulu has arrested the People Power coordinator for Northern Uganda, Bosmic Otim. Bosmic Otim, who is also a musician was arrested on charges of holding an illegal meeting.

Bosmic Otim was arrested from Cereleno Market where he had assembled vendors to address them. According to police, Bosmic had asked for permission to hold the meeting at Kaunda grounds but later on changed and decided to hold the people power meeting at Cereleno market where he was detained.

Patrick Okema Jimmy the police Public Relations officer for Aswa region confirmed the arrest of Bosmic adding that his file will be sent to the resident state attorney for sanctioning.

However, this is not the first time the artiste is locking horns with the police. It should be remembered that last year in June, Bosmic was severely battered on the head while being hunted by police officers from Gulu main market.