Protests in Egypt as demonstrators call for resignation of president. 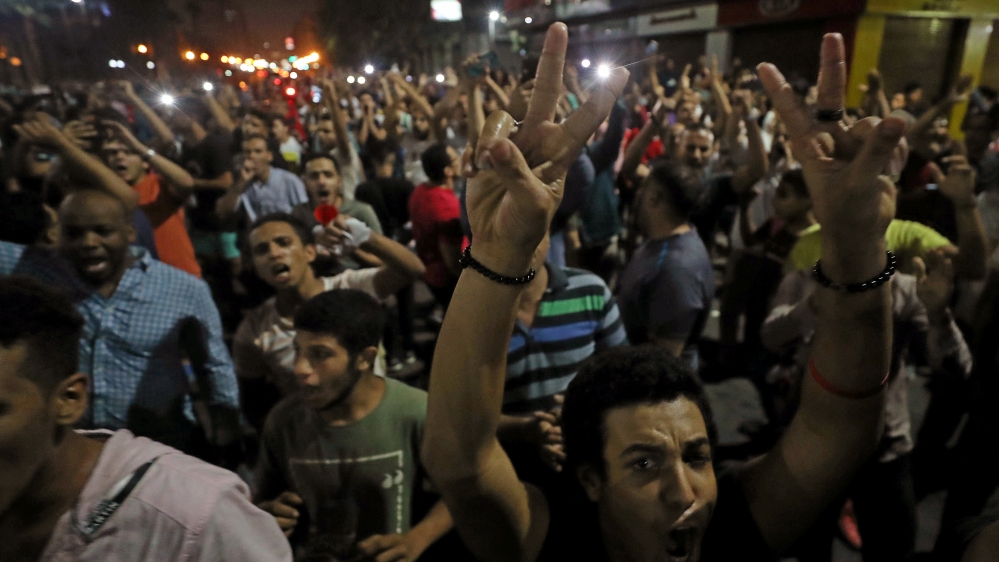 Thousands of protesters have taken to the streets across several cities in Egypt, in a rare show of dissent against President Abdel Fattah el-Sisi. The protests came as el-Sisi headed to the United States to attend the United Nations General Assembly.

Gathering in Cairo’s Tahrir Square late on Friday, the demonstrators chanted slogans such as “the people demand the fall of the regime” and “leave Sisi”, echoing the chants that rang out in the same place more than eight years ago and which brought down longtime leader Hosni Mubarak.

The protests are in response to corruption allegations against President Sisi’s government. Mr Sisi has dismissed the allegations as “lies and slander”.

Protests have been extremely rare under President Sisi, who took power in 2014 after he led the military’s overthrow of Egypt’s first democratically elected president Mohammed Morsi. The former general has presided over a broad crackdown, jailing thousands of dissidents and banning protests.

But anger has spread since an Egyptian businessman and actor, Mohamed Ali, posted a series of videos online accusing the country’s leader of wasting millions on luxury residences and hotels while millions of Egyptians lived in poverty.

The Egyptian Commission for Rights and Freedoms (ECRF), a Cairo-based NGO, reported on Sunday that at least 220 people had been arrested since protests began on Friday night. The organisation said it had set up an “emergency room” to deal with the spike in arrests, and that at least 100 more people were likely to have been detained after protests in Suez, Alexandria and Giza. Another NGO, the Egyptian Centre for Economic & Social Rights, stated it had recorded at least 274 arrests since the demonstrations began.

Similar protests in 2011, in what was termed as the Arab Spring, saw protesters deposing long-serving dictator Hosni Mubarak.