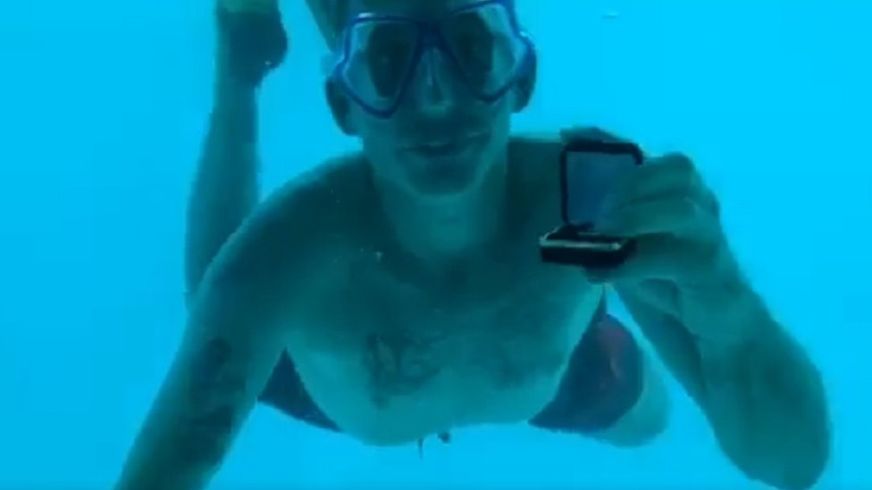 An American man has drowned while proposing to his girlfriend underwater on holiday in Tanzania, according to BBC.

Steven Weber and his girlfriend, Kenesha Antoine, were staying in a submerged cabin at the Manta Resort, off Pemba Island. Footage shows Mr Weber diving underwater to ask Ms Antoine to marry him. In the video, Mr Weber presses a hand-written proposal note against the cabin window as Ms Antoine films from inside.

“It is with the deepest regret that we inform that a fatal accident occurred at The Manta Resort on Thursday 19 September, 2019,” the resort said in a statement. Matthew Saus, CEO of the resort, said “everyone is shaken to the core” by Mr Weber’s death. Mr Weber and Ms Antoine had booked four nights at the resort’s underwater room, which lies approximately 250m (820ft) from the shore.

Costing $1,700-a-night (£1,300), the cabin is anchored in water around 10m (32ft) deep. On the third day of their stay, Mr Weber, from Baton Rouge, Louisiana, plunged into the water to make his proposal. Wearing a mask and fins, he held a note against the cabin’s glass window as Ms Antoine watched on from within.