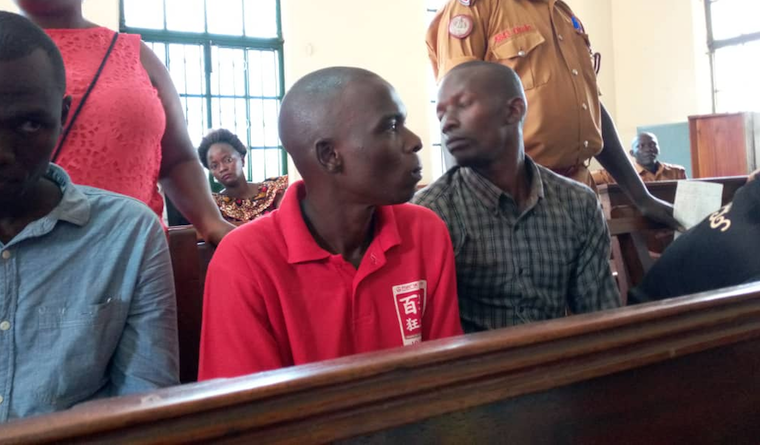 Alex Cherotich has been sentenced to 65 years in prison. His sentencing arose from an incident that happened on December 3, 2016, at around 2.00 am at Maj Juma Seiko’s residence on Nakasero Hill, in Kampala, when Cherotich who was then a guard at the residence shot dead two Boda Boda riders Lamex Ogwang and Fred Sembatya and also injured David Ssenkubuge and Solomon Mugabi

Yesterday, Justice Flavia Anglin Ssenoga said the conduct of the former UPDF soldier was unbecoming that he ought to get stringent punishment.

“Although you are a first time offender, the court needs to send a strong message to the public that guns should not be misused to kill innocent people who just like you, also have families to look after,” Ssenoga said.

The judge said the 35 years should serve a lesson to any other person who would be having plans to carry out the same offence to desist from the same.

Justice Ssenoga also sentenced the former UPDF soldier and bodyguard to Maj.Seiko to 25 years imprisonment for the attempted murder of David Ssenkubuge and Solomon Mugabi both passengers on the two boda boda riders who sustained serious injuries.

The judge, however, said the two sentences will run concurrently.

The two Boda Boda riders who were killed by Cherotich had brought back home Mugabi who was being accompanied by two of his friends Katumba and Senkubuge.

Ssenkubuge was shot in the right thigh whereas Katumba survived unhurt.

In his defence, Cherotich denied ever being a guard and said he was just a cleaner at the home.