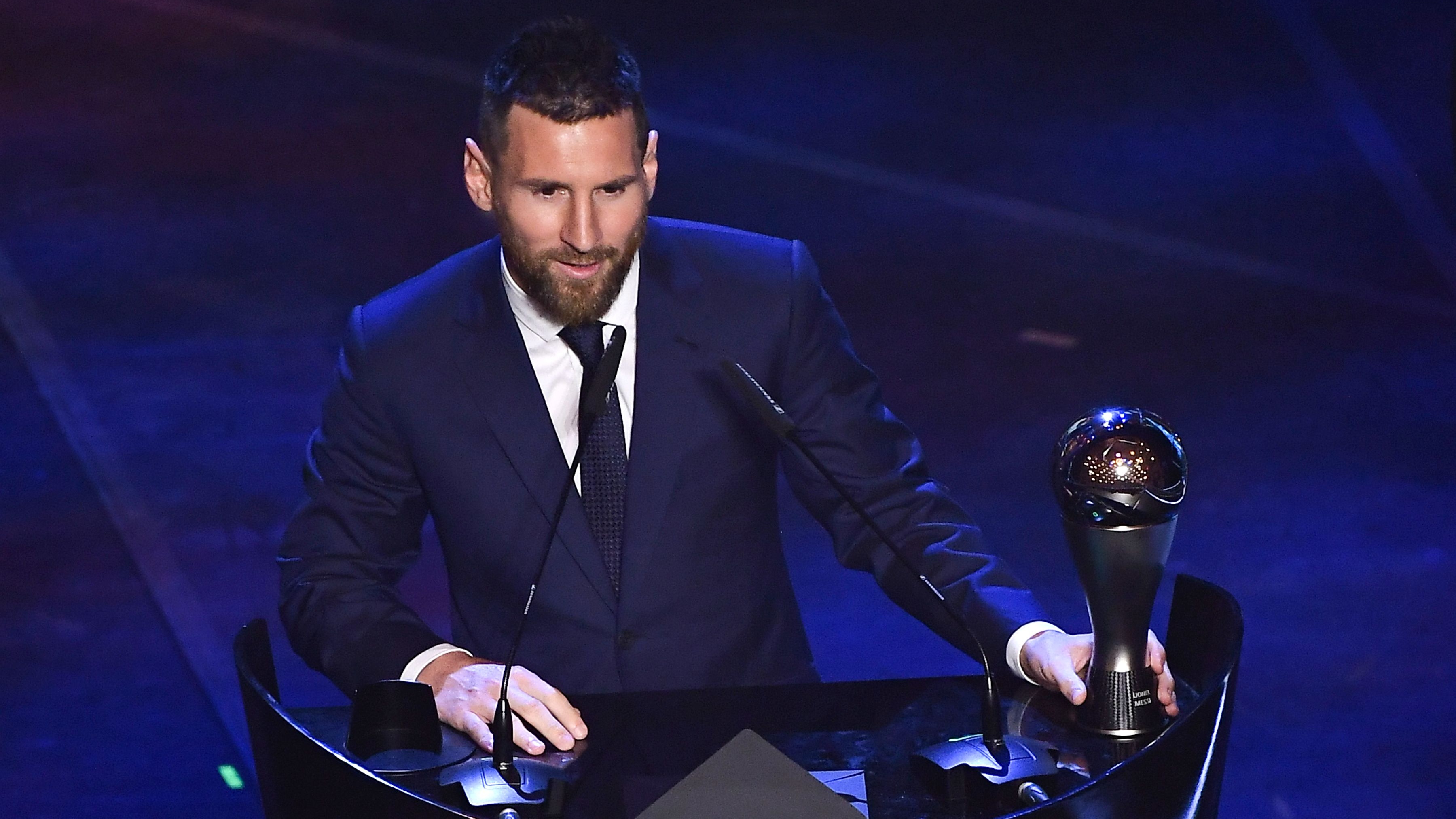 Barcelona’s Lionel Messi won the best men’s player at the Best Fifa Football Awards in Milan as Juventus’ Cristiano Ronaldo and Liverpool’s Virgil van Dijk missed out on the top prize. It is the sixth time Messi has been voted the world’s best. The 32-year-old Argentine helped Barcelona win La Liga and reach the semi-finals of the Champions League.

Liverpool manager Jurgen Klopp was named men’s coach of the year. Klopp was nominated for the award along with two other Premier League bosses – Manchester City’s Pep Guardiola and Tottenham’s Mauricio Pochettino. Liverpool beat Spurs in the Champions League final in June and came second in the Premier League in 2018-19.

In accepting the award, Klopp announced that he is joining the Common Goal initiative set up by Manchester United midfielder Juan Mata. It means the Reds boss will donate 1% of his salary to the charity, which pledges to ”generate social change and improve lives.”

Liverpool goalkeeper Alisson was also a winner as he took the best goalkeeper prize ahead of Manchester City’s Ederson and Barcelona’s Marc-Andre ter Stegen.

Leeds boss Marcelo Bielsa won the fair play award after he ordered his team to allow Aston Villa to score an uncontested equaliser during their 1-1 draw in their Championship match in April. Bielsa’s side had gone ahead controversially when the Villa players stopped as they expected the ball to be kicked out of play when Jonathan Kodjia was injured, before the Argentine intervened.

Eighteen-year-old Daniel Zsori won the Puskas award for the best goal with his spectacular 93rd-minute overhead kick for Debrecen against Ferencvaros, just after he came on as a substitute for his Hungarian league debut in February. His strike beat Messi’s chip from the edge of the penalty area against Real Betis and Juan Quintero’s powerful 30-yard free-kick for River Plate against Racing Club.