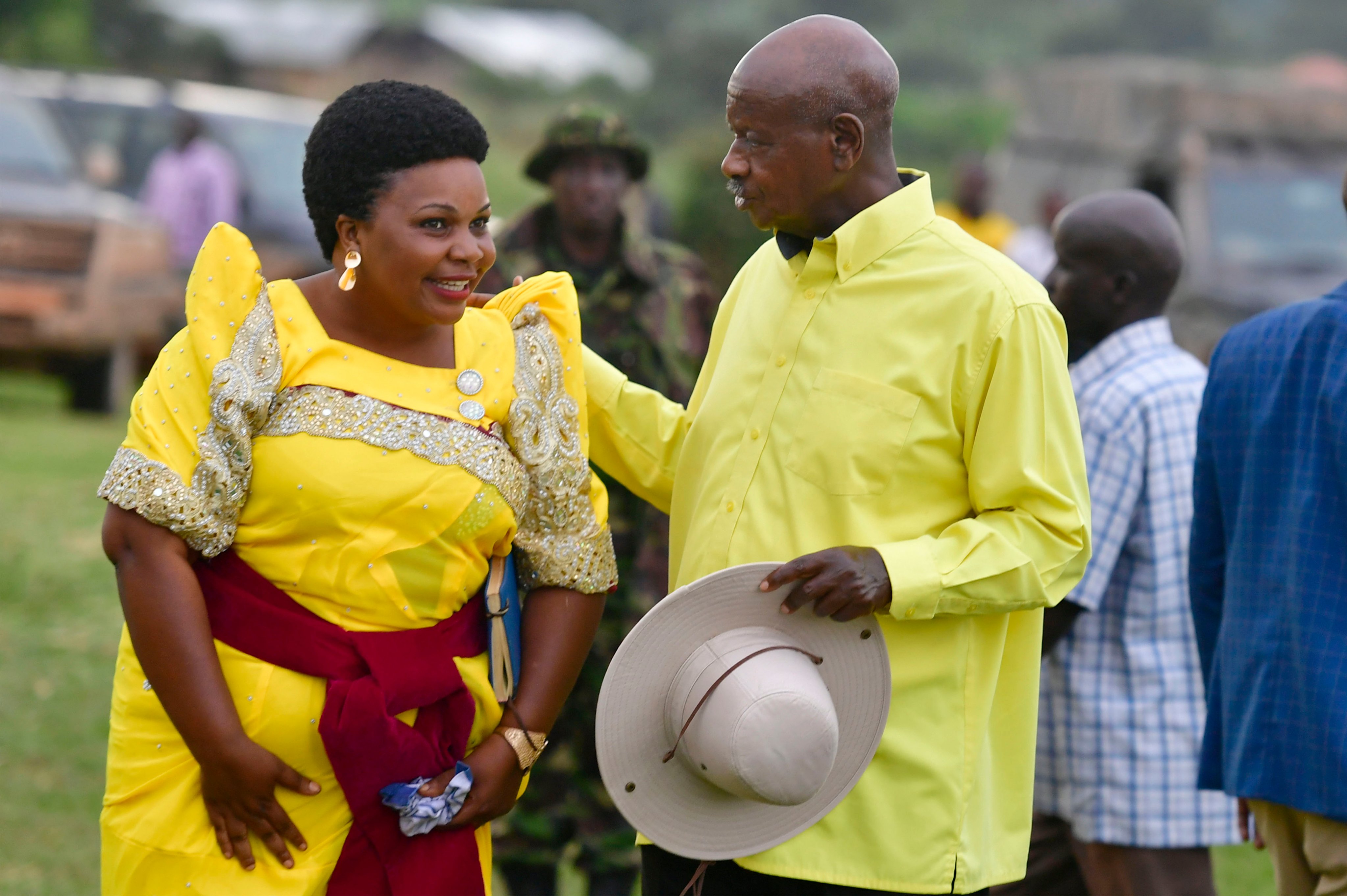 Promises! Promises! And more promises! That is the summary of President Museveni’s veiled attempts to court the people of Bunyoro to vote for the NRM candidate in the upcoming Hoima Woman MP By-elections at Kabaale Primary school in Buseruka Sub County on Monday.

As the culture is lately, local leaders used the opportunity to be before the President to lay on the table their challenges and make requests.

The Bugahya County MP, Mr Pius Wakabi informed the President that many tobacco farmers were cheated by companies that refused to pay them. He further reported that farmers in Buseruka Sub County are currently struggling with water scarcity challenges and some families that were displaced from the proposed oil refinery site were not compensated despite vacating their land to pave way for the construction of the oil refinery and the Hoima International airport.

“Your Excellency, we request you to elevate Kabale to a Municipality status. We request you to endorse this proposal. We also have the problem of people who were not compensated but we hope this will be resolved,” Mr Wakabi told the president.

In his response, Mr Museveni said he had sent his legal team to investigate the complaints of unpaid tobacco farmers but his investigation revealed that Continental Tobacco Company that took farmers’ tobacco collapsed.
“Government will compensate you for your tobacco. I sent my lawyer to investigate. He calculated and got Shs 26 billion (as compensation). That will be the medicine” President Museveni said.

Mr Museveni said part of his government’s achievements in Bunyoro include establishment of schools, hospitals, roads, an international airport that is under construction, extension of power in all sub counties, commercial oil discoveries, peace and stability as well as economic recovery.

He said Europeans attempted to explore oil in the Albertine basin but they did not succeed. He said President Obote did not even attempt to explore oil while President Amin did not know about oil exploration.
“When NRM came to power, we opened the file and in 2006, we discovered the oil. If you had not voted for NRM in 1996, discovering oil would not have been easy,” he said.

He said Shell BP initially told him there is oil in the Albertine graben but they later changed and told him that the area doesn’t have oil deposits.

He said he educated geologists who later discovered the oil. The President who assumed power in 1986 after a protracted guerrilla war said it is not easy to maintain peace in the country.

“It is only NRM that can maintain peace and stability,” the president said.

He reminded the people of Hoima that despite the Democratic Republic of Congo being bigger than Uganda, many Congolese are running away from their home country to Uganda which is peaceful and stable.
“They are leaving a bigger place to a smaller place in search of peace which we have,” the President said.
Uganda hosts more than 1.4 million refugees who are fled insecurity in their home countries in the great lakes region.

After handing over an NRM flag to Ms Harriet Businge, the president asked the electorates to vote for her on September 26.

Ms Businge is vying for the Hoima parliamentary seat with Ms Asinansi Nyakato, the joint opposition candidate.
The Hoima woman parliamentary seat fell vacant after the area woman MP Ms Tophas Kaahwa Byagira stepped down from her seat to represent Kikuube District that was curved out of Hoima District.