All is set for the Hoima Woman MP by-election tomorrow 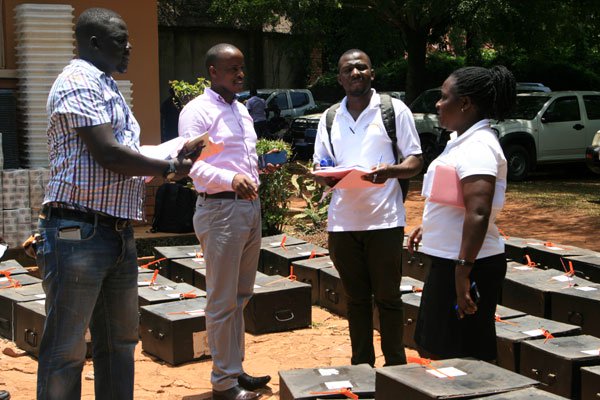 The Electoral Commission (EC) has finalized preparations for the Hoima Woman Member of Parliament by-election slated for tomorrow. According to the commission spokesperson Jotham Taremwa, polling materials have already been delivered to its Hoima office, ready to dispatch them to the different polling stations at 4 am tomorrow.

The Electoral Commission’s Parish and sub-county supervisors have this afternoon had a final briefing from senior EC officials led by head of field operations department Richard Baabo Kamugisha. The delivered polling materials have been inspected by the district Returning Officer Douglas Matsiko, Police and agents of the two candidates. The materials include ballot papers, transparent temper evident envelops, aprons, condoning tapes and seals among others.

The Hoima Woman Member of Parliament seat fell vacant early this year after the area MP Tophas Kaahwa Byagira stepped aside and opted to represent the newly created Kikuube district which was carved out of Hoima district.