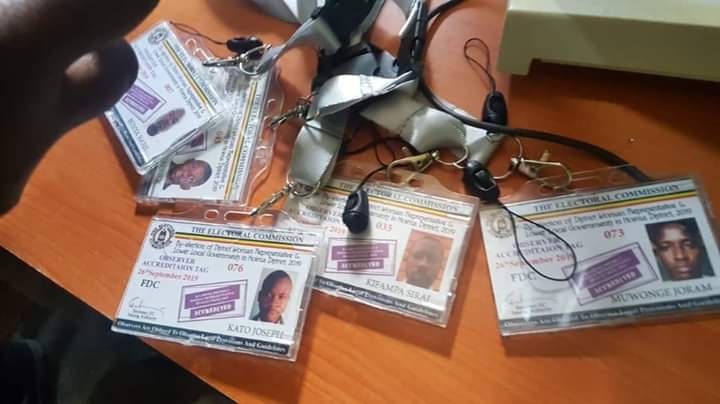 Just a few hours to the long-awaited Hoima Woman MP by-election, there is already chaos erupting in the district between the Electoral Commission and various involved parties.

The latest we have received is that there has been a scuffle in the District as polling agents of the joint Opposition candidate Nyakato Asinansi stormed the EC offices of Hoima district after it appeared that they had been issued faulty Identification documents.

In the pictures that we have been able to see, it appears that Nyakato’s agents were given IDs for the Kaabong by-election instead of the Hoima by-election that happens tomorrow.

However, these faulty Identification documents also indicate that the persons are being authorised to oversee the Hoima by-election.

In a bid to seek for the rectification of the said IDs, Police has engaged Asinasi Nyakato’s supporters and agents in running battles as they sought to block them from accessing the Electoral Commission office premises.

By press time, the Electoral Commission had not issued any response or statement regarding this error that has stirred a lot of suspicions, especially among the opposition supporters.