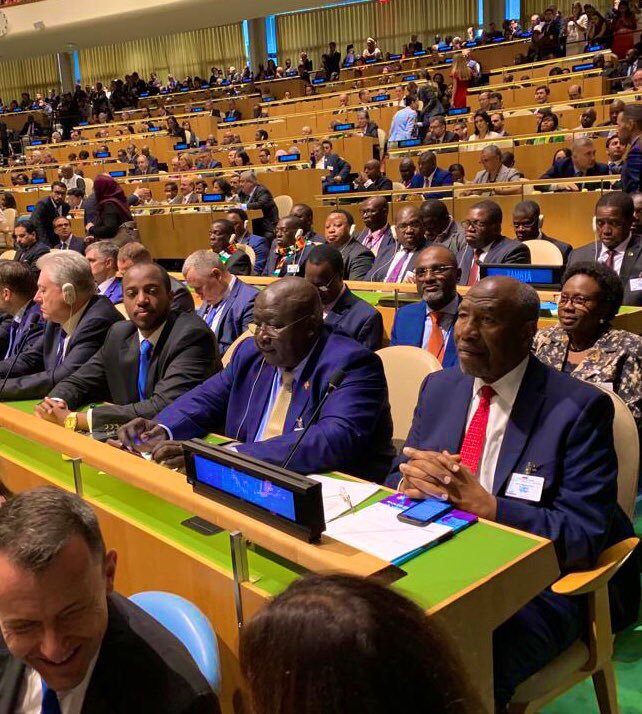 For the second time in a row, both President Museveni and his Foreign Affairs Minister Sam Kutesa have skipped the United Nations General Assembly at the UN Headquarters in New York.

President Museveni opted to stay local and campaign for the NRM candidate in the Hoima by-election. We cannot say with certainty what duties have kept Uganda’s top diplomat Sam Kutesa away from the UN meeting in the US.

This UN General Assembly meeting comes at a time when the US Treasury Department has just issued sanctions to Uganda’s former IGP Kale Kayihura over human rights violations during his service. Kayihura is also accused of corruption.

It is important to note however that the US courts first issued summons to Uganda’s Foreign Minister Sam Kutesa is a peculiar case where a Hong Kong businessman was convicted of corruption. That same convict is said to have paid in bribe money to both Sam Kutesa and Yoweri Museveni which the latter insisted were just gifts. However, since then, Sam Kutesa has kept away from the US most likely for fear of being incarcerated.

One would have expected the tough-talking Yoweri Museveni, however, to attend the UN General Assembly and issue in person and on the US soil his strong sentiments that he aired out a few days ago in a publication where he was commenting about Kayihura’s sanctions.

What Museveni’s absence from the UN signals, however, is the growing reality that he is on the path of former African strongmen like Robert Mugabe and Muammar Gaddafi who fell out with international governments for their democratic and human rights record.

Representing Uganda at the UN is the country’s Prime Minister Ruhakana Rugunda and the Junior Foreign Minister Okello Oryem.