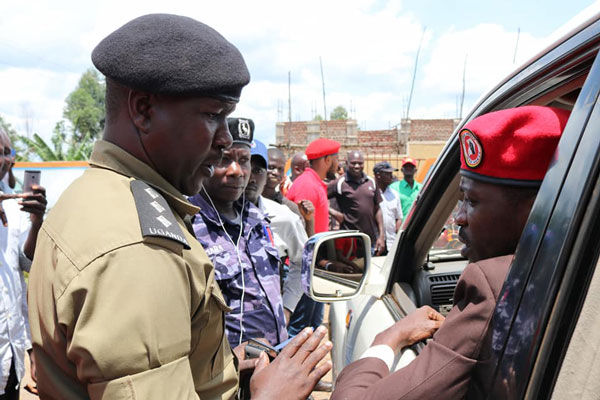 The Uganda Radio Network (URN) reported yesterday about a reshuffle in the Police which also affected the District Police Commander of Hoima district which is set to have a by-election this morning.

According to the transfer message released on Wednesday, Mr Kiggundu moves from Hoima to the Environmental Protection Police Unit (EPPU). He has been replaced by Mr Martin Okoyo, who has been Mubende District Police Commander.

The transfer affected 65 other officers, including the Hoima Community Liaison Officer (CLO) Faisal Magumba who according to the transfer message, is transferred to Albertine region.

The others are Commissioner of Police Herman Owomugisha who has been moved from Very Important Persons Protection Unit (VIPPU) to Field Force Unit (FFU) as commander, Khadija Namutebi, who moves from the Chief Police Commissariat (CPC) to VIPPU as commander and ACP Moses Otaala, who has been moved from VIPPU directorate of Welfare and Production as in charge mobilization and coordination to Operation Wealth Creation (OWC).

ACP Patrick Lawot has been moved from Human Resource Management to police headquarters at Naguru as deputy commandant whereas ACP Anatoli Muleterwa has been appointed Acting Commissioner Community Affairs.