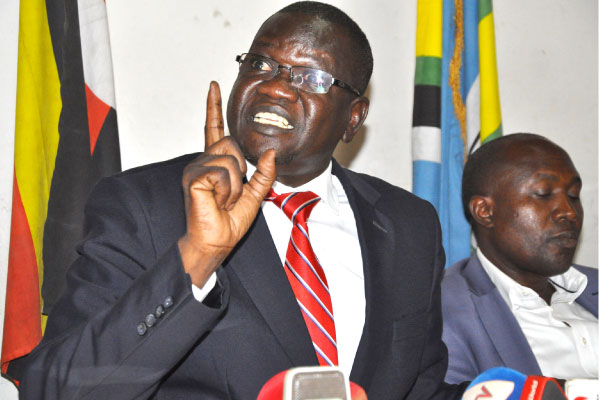 The opposition Forum for Democratic Change party has rejected the results of the Hoima Woman MP polls, terming them as fraudulent.

Patrick Amuriat Oboi, the President of the Forum for Democratic Change (FDC) party, said election results announced at the tally centre in Hoima were inconsistent with results declared at polling stations. Amuriat in a statement on Friday morning said that the party is compiling evidence to show Ugandans and poll observers that the election was rigged in favour of NRM’s Ms. Businge.

Amuriat regretted and strongly condemned what he called the extensive electoral malpractices by NRM that marred the electoral exercise during the campaign and climaxing on the voting day. “The excessive brutality by the military against our supporters and massive outright rigging through ballot stuffing using pre-ticked ballots and falsifying results just reinforces the mockery to democracy that come with every election organized by the NRM junta,” Mr. Amuriat added.

He said that this makes the credibility of the outcome questionable. “In the next few hours after our field teams have come up with a concrete dossier of malpractices, we will be making a decision on our next course of action, most probably petitioning against the result of this election,” he added.