Final: Robert Mugabe to be buried at his rural home in Zvimba this weekend. 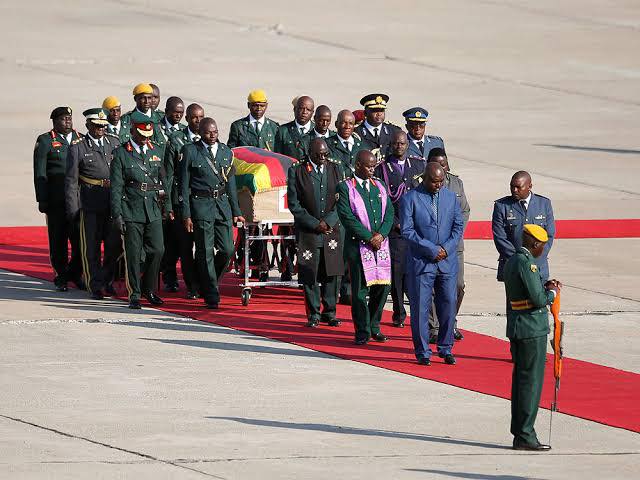 Former Zimbabwean President Robert Mugabe will be buried at his rural home in Zvimba this weekend during a private ceremony after the family delivered a final snub to the government.

Mugabe’s body is expected to leave his sprawling residence in Borrowdale suburb where it is being kept sometime on Thursday for burial this weekend, likely Saturday.

The surprise development comes as the government had drawn up plans to construct a mausoleum for Mugabe at the National Heroes Acre, a hilltop monument in Harare for leading figures of Zimbabwe’s 1970s war of independence.

Key considerations, a source said, were the cost of the mausoleum on the taxpayer; the time it would take to complete and shock new revelations that government engineers had been instructed to construct a single ‘Presidential Mausoleum’ which would contain graves of former presidents, not just Mugabe’s.

“President Mugabe did not want to be buried at the Heroes Acre to stop those who tormented him in his final days from pontificating over his dead body,” a relative said. “It would be unconscionable to have him buried next to the man whom he held most responsible.”

Mugabe, who ruled Zimbabwe for 37 years before he was ousted in a military coup in 2017, died in a Singapore hospital at the age of 95 on September 6.

A state funeral service attended by two dozen current and former African heads of state was held in Harare on September 14, but burial was postponed amid haggling between the family and the government over his final resting place.