We never rigged the elections, NRM speaks out. 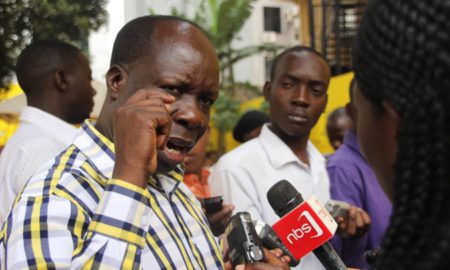 The ruling NRM party has rubbished the opposition’s claims that they rigged the Hoima and Kaabong Woman MP By-elections. The opposition has, since the declaration of the results, come out to say that the NRM engaged in electoral malpractices.

The FDC party president, Patrick Amuriat Oboi and People power movement leader Bobi Wine have since rejected the poll outcomes claiming they were rigged by the ruling NRM. They claimed that there were numerous incidences of ballot stuffing, voter intimidation, violence and bribery that all influenced the final outcome.

However, the NRM electoral commission chairperson, DrTanga Odoi says the election was peaceful, free and fair adding that even the votes FDC got were out of sympathy by some NRM supporters. He has also challenged the opposition to present evidence to support their claims.