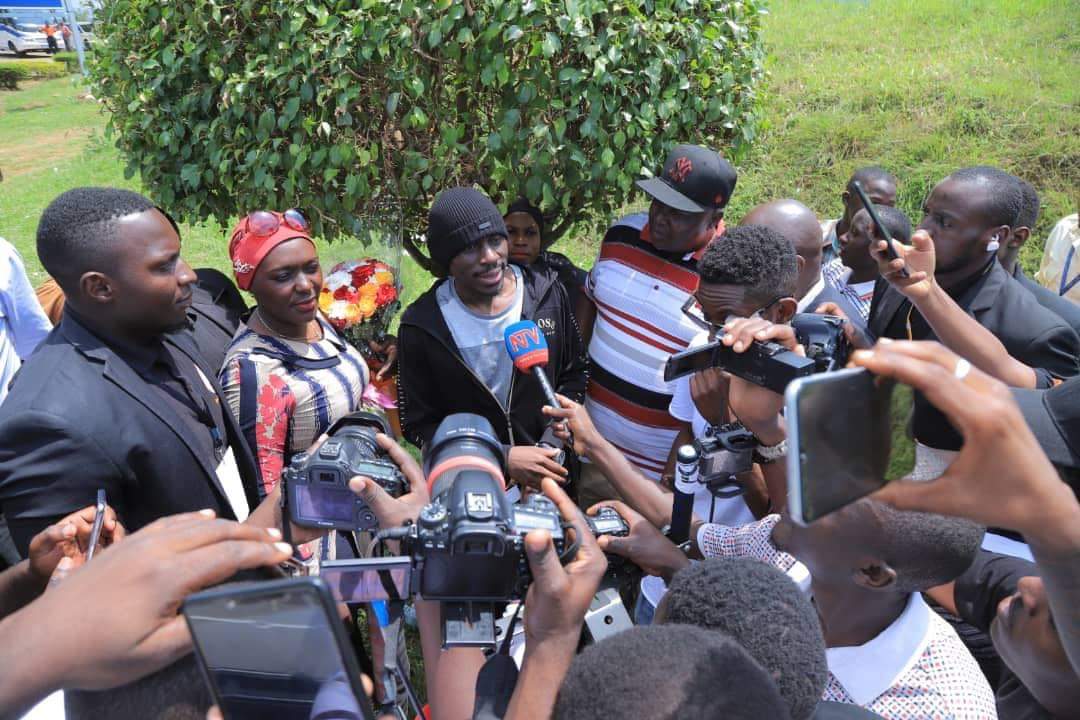 The once popular city socialite Sulaiman Kabangala Mbuga heavily known by his initials S.K Mbuga has dotted back in the country. His return comes following his acquittal by a Swedish court where he had been on trial since his arrest on 31, Jan 2018 in the United Arab Emirates city of Dubai. Mbuga had spent 1 year and 9 months on trial in cases relating to fraud and illegal extortion of money from a Swedish national. S.K together with his wife connived to rob 53 million kronors from the Swedish tycoon.

Mbuga’s return has been graced by his fellow socialites in company of a broad media presence as hordes of journalists thronged Entebbe airport to welcome him back from prison. The scene seemed similar to the early 2000’s when veteran politician, Alhajji Nasser Ntege Ssebaggala received a similar treat on his return from the US where he had battled money counterfeiting scuffles.

In Feb, 2018 the International Police (Interpol) first arrested Kampala socialite Sulaiman Kabangala Mbuga in connection to 53m Kronor (estimated Shs23 billion) that his Swedish wife allegedly fleeced from a company account she jointly ran with her former boyfriend in Sweden, according to sources here and abroad. This case however has not yielded as the prosecution side fail to prove the claims prompting am acquittal by the trial judge.