Starting from where I stopped-Socialite SK Mbuga promises 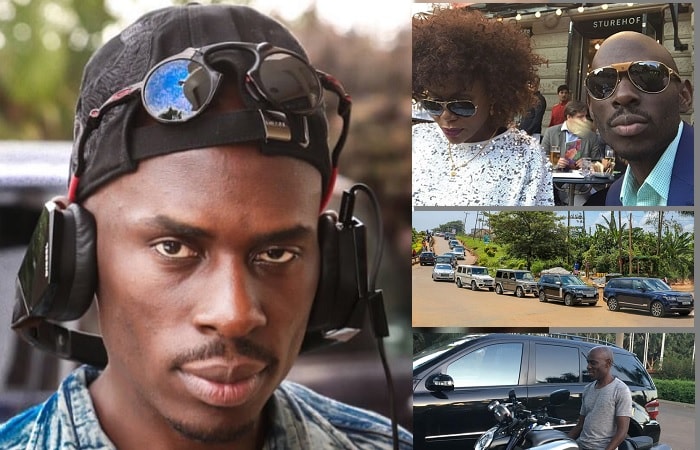 Mbuga was arrested by the International Police (Interpol) in February 2018 in Dubai in connection to a case in which his wife, Vivian Angella Chebet, 33 defrauded her Swedish boyfriend over shs20 billion off a joint account that they held.

The flashy socialite was later transferred to Sweden where he has been jailed for the past one year and nine months until he was this week when he was released.

On Saturday afternoon, Mbuga arrived in Kampala to a warm welcome by his colleagues.

“I missed everything while in prison. I was jailed for nothing but I am going to resume from where I stopped,” Mbuga said on Saturday.

“I was arrested in Dubai over trumped-up charges but I thank God, I have been released after finding out the truth.”

He said he was arrested from Dubai where he spent over a year without going to court before he was transferred through Denmark to Sweden.

The Kampala socialite, however, said he is being fought by a group of people he termed as the mafia that he said cooked up all the charges in a bid to have him arrested.

“I am going to sue them for damages because my work stalled,” Mbuga said.

He, however, applauded the government for intervening in the matter that saw him released from jail in Dubai where he was detained for a year without trial.