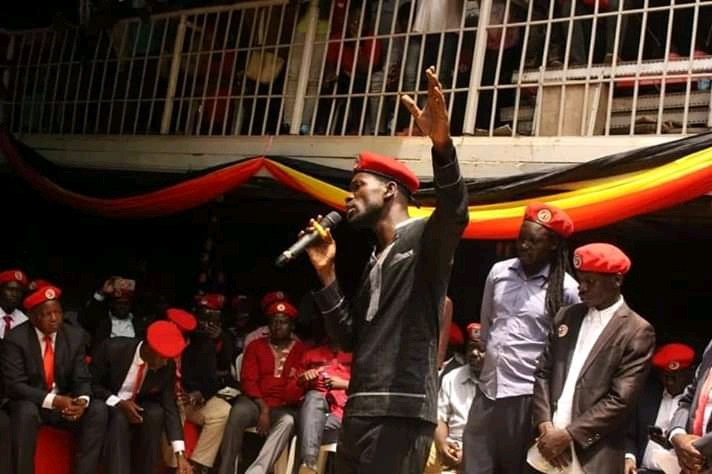 While the People Power movement is still recovering from the Hoima byelection phobia marred by rigging and intimidations, the NRM through its military wing of UPDF has issued tough sanctions on People Power supporters.

In a statement issued today, the Uganda People’s Defence Forces (UPDF) has strongly cautioned people to desist from donning in red berets as the army claims it’s their monopoly.

The army says berets on army green, maroon, red, dark brown, grey and navy blue is their monopoly and anybody caught donning in it will be tried in the court martial on charges relative to treason. This statement criminalises and makes it illegal for anyone to put on a red beret. Our sources at the closure of last week had been tipped of a possible solution for the massively supported movement as the regime realised that even after rigging in Hoima (formerly their stronghold) the grabbed victory for Businge Harriet was narrow.

Lt. Gen. Oryema was advised to come up with a statement criminalising the red attire. At the moment, People Power has not yet communicated about the impact of the statement on their movement and the possible politics at play associated with this unfair development.