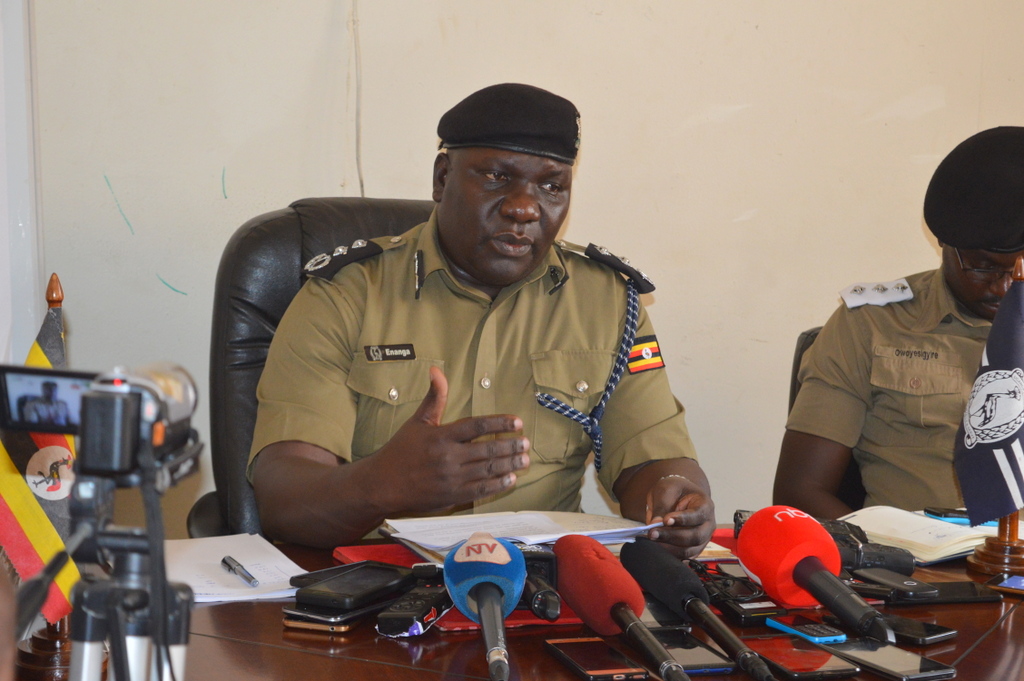 The Joint Task Team from the Police and CMI, actively investigating the double kidnap and murders of Nagirinya Maria and Ronald Kitayimbwa, finally tracked down and arrested the prime suspect who is alleged to be the plot maker.

Police declined to name the suspect however, they said that he worked closely with Kasolo Kopriano aka Arsenal, who was the team leader. This now brings to 5, the total number of suspects involved in the violent criminal act.

Addressing the media yesterday, Police Spokesperson Fred Enanga said that Police are now working hard to corroborate and consolidate his information, to the facts on file and further establish the clear motivation to the kidnap and murder.

Enanga also said that they are still hunting for two other bodaboda riders; one who facilitated the process by transporting the suspects, to the scene of kidnap and it is also believed, rode up to Takajjunge in Mukono, where he allegedly surveilled the murder scene, before giving a signal to the team leader, Kasolo Kopriano. The other bodaboda on the run, reached the gate to the victims home but withdrew immediately.

Nagirinya and Kitayimbwa were kidnapped last month in Kampala before their bodies were later found dumped in Mukono. The motive of the murder is still unknown.