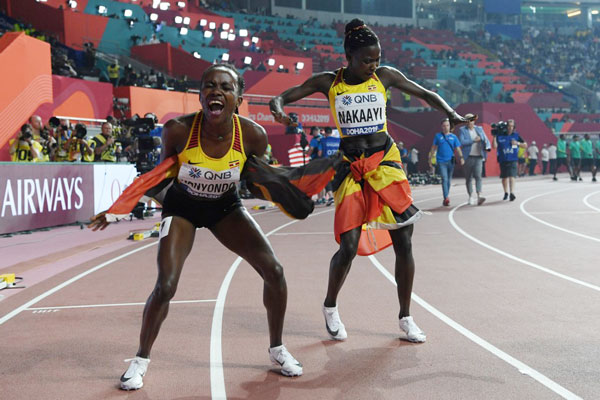 Uganda Revenue Authority (URA) has said that it will not subject athlete Halima Nakaayi’s prize money to tax after she won gold in the women’s 800-meter final at the 2019 IAAF World Championships in Doha, Qatar. Nakaayi scooped $60,000 as prize money.

And according to URA, the athlete needs not worry as her prize money is exempt from tax. “What shouldn’t shock you is the fact that she is going to dance all the way to the bank because;  According to Section 21 of the Income Tax Act, The following amounts are tax-exempt;- an award received by a sportsperson as a reward from winning or participating in a sports competition. We celebrate her for demonstrating the spirit of Uganda,” URA said in a statement released yesterday.

This news was well-received by the public after reports had emerged that the government did not facilitate Nakaayi’s training and travel to Doha. The public was incensed that now the government was coming out to claim plaudits for a victory they never contributed to.