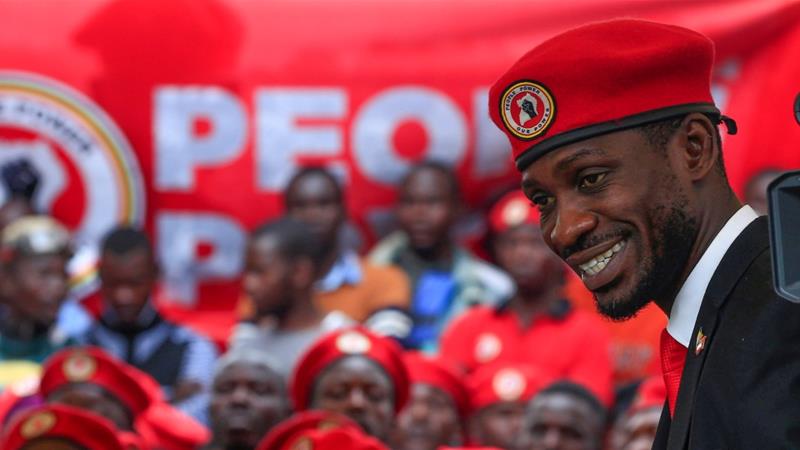 It is not exactly clear to understand what the government and UPDF’s aim was in announcing the gazetting of Army “uniform” which in effect targeted People Power movement’s red beret. However, the effect has been a wide publicity stunt for the movement both in local and international media.

Kyadondo East legislator and people power founder Robert Kyagulanyi Ssentamu alias Bobi Wine has said that the decision by the government to gazette the red berets is only an attempt by the central government to unsuccessfully frustrate the pressure group.

Bobi Wine in a message to AFP said that people power is far more than their political symbol which is a red beret.

“It is a blatant attempt to suffocate a successful threat to the autocratic status quo. But People Power is more than a red beret, we are bigger than our symbol. We are a booming political movement fighting for the future of Uganda and we will continue our struggle for democracy and prosperity for all Ugandans,” he said.

Bobi did not comment on whether they will continue using the red beret or not.

According to the gazette signed and confirmed by the Minister of Defence and Veteran Affairs, Adolf Mwesigye dated September 18, 2019, the red beret is part of the Uganda People’s Defence Forces’ marks, accessories, insignia, decoration and uniform as provided for under section 160 of the UPDF Act 2005.

“The public is hereby informed that the marks accessories, insignia, decoration, and uniforms specified in the schedule to this notice are property of the state or classified stores and anyone found in unlawful possession, selling or dealing in them shall be prosecuted under the UPDF Act of 2005,” reads in part the government gazette.