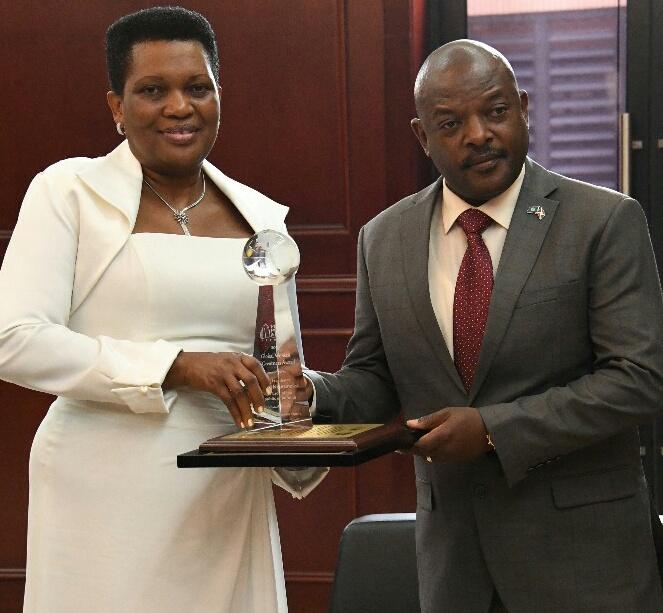 President Nkurunziza was pictured standing next to his wife Denise Nkurunziza (the special guest) who paid him an official visit to present awards she received on her humanitarian work.

The First Lady was awarded a Certificate of Honour in recognition of her contribution in raising awareness among administrative and religious leaders, women and youth on the need to overcome the growing population in Burundi.

Other pictures capture the first couple standing side by side while displaying the award certificates.

In May this year, President Nkurunziza made headlines for publicly gifting his 12-year-old daughter with an envelope of cash for being well behaved.

Naomie Nkurunziza was awarded alongside senior state officials, farmers and the country’s national football team which had just qualified for the 2019 Africa Cup of Nations.

Also awarded at the ceremony which was held on May 1, 2019, was a judo champion, governors and district administrators. The ceremony took place at a sports stadium at Rumonge, about 80km from the capital Bujumbura.