DP Bloc to sue government over ban of red berets. 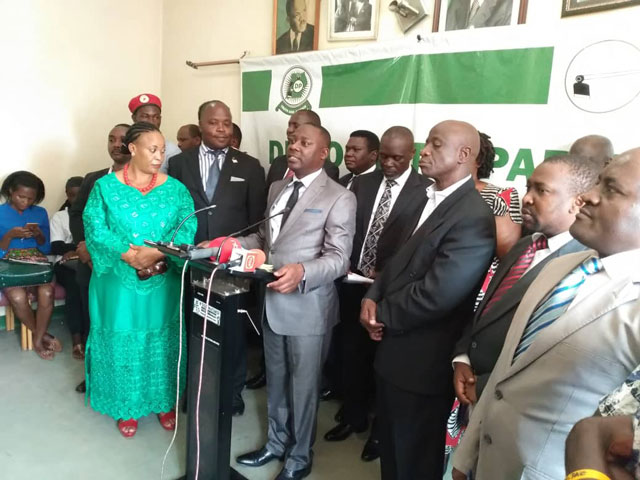 The Democratic Party Bloc has threatened to sue Uganda People’s Defence Forces(UPDF) for gazetting the red beret as part of its official uniform.

Government, last weekend, gazetted the red beret as an official military attire and warned that this attire is a property of the state or classified stores and anyone found in unlawful possession, selling or dealing in them shall be prosecuted under the UPDF Act of 2005.

Addressing the media at the DP head office in Kampala, the DP bloc Principal Mike Mabike said the opposition will defy the gazette of the red beret because it infringes on people’s rights. He added that this is not only unlawful but also dangerous as it’s dragging UPDF into politics. He said that the DP bloc will institute legal proceedings against the UPDF if it does not drop the idea.