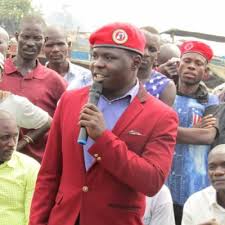 Police in Kasese has briefly held the Member of Parliament Mityana Municipality Francis Zaake and eleven youth members of the People Power movement. Zaake and the youth were arrested from Bamboocha Gardens Resort in Central Division of Kasese municipality in a meeting.

A joint security force of police and UPDF, led by Kasese Divisional Police Commander Dickens Okello, raided the gardens where Zaake and his colleagues were yesterday. They arrested them and briefly detained them before ordering them to leave the district. Zaake was escorted out of the district by security operatives.

This is not the first time that Hon. Zaake is being arrested while carrying out people power mobilisation activities. Last week he was arrested in Moroto district and briefly detained. He was released without any charges and ordered to leave the district.