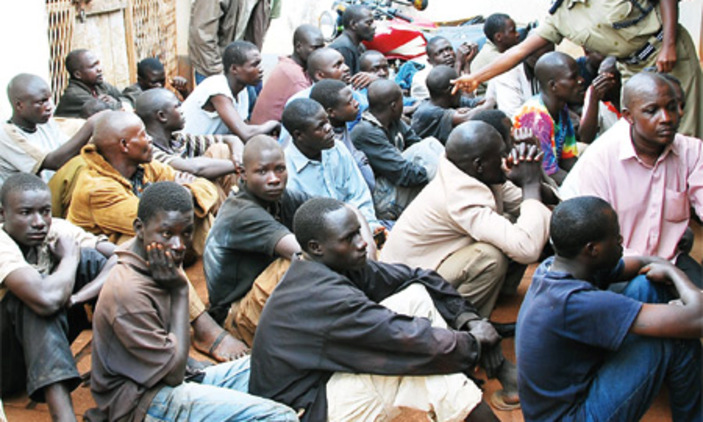 President Museveni has directed the Attorney General to immediately revoke the idle and disorderly law from the Penal Code.

According to Section 167 of the Penal Code, Idlers are wandering Persons, those gambling for cash or prostituting as being idle and disorderly and if convicted in court, they, face a maximum of seven years imprisonment.

Other aspects of the offense attract three months in jail or Shs3,000 fine or both.

In letter to the IGP Martin Okoth Ochola, Museveni directed that the Attorney General, who is also the chief government lawyer to revoke the law that he says is archaic and is now irrelevant adding that this Law was drafted by the colonialists who were scared of Africans being idle and disorderly.

He further explained that it is not right to arrest People on account of what he described as a nonsensical crime from a Law brought by Colonialists against Africans.

Museveni notes that during the  Gen.Kale Kayihura’s term, he asked him to ensure members of the public are not arrested on account of the law but noted the same was not implemented and many Idle Ugandans were arrested and are now rotting in Prisons across the Country.

“I direct my PPS to check if I did not even put my opposition in writing apart from talking to Kale about this. Why should this be a crime? If I am unemployed and I hang about the park, why should somebody accuse me of the crime of “hanging” around (okwehugizaaho),” Museveni notes in the letter?

He argues that People should only be arrested for serious crimes like murder, rape, robbery, and embezzlement which Courts and Police can focus on other than arresting them for being idle and disorderly.

After Bajjo had been released, He and Abitex started fundraising money for the release of Prisoners who are innocently rotting away in the Prisons, but their efforts have over time been blocked until when the President has come out to speak about such arrests of being idle saying that it is wrong.

In letter to all security agencies, Museveni has ordered that all suspects arrested in accordance with the same Law be released Immediately because being Idle and Disorderly is not a crime.