Court orders residents off Lusanja land in one month 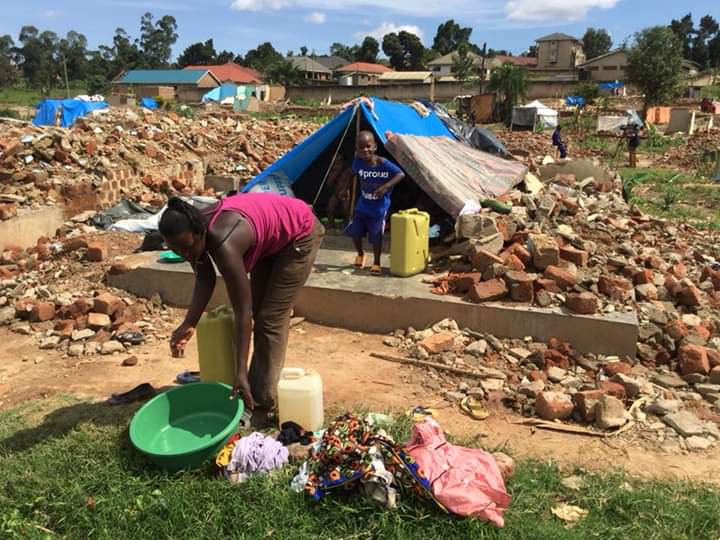 A yet to be identified man has fainted after the High Court in Kampala ordered over 100 residents of Lusanja to vacate the land belonging to businessman, Medard Kiconco.

Kiconco went to court seeking for orders confirming him as the rightful owner of the contested land and that the tenants who had earlier been forcefully evicted occupied it illegally.

The long-awaited judgment in the Lusanja land matter was delivered Friday, with High Court judge Tadeo Asiimwe ruling that businessmen Medard Kiconco is the rightful owner of the land ordering all the occupants to vacate the same within a period of 30 days.

The 3.89-acre piece of land is part of the 85 acres that the late Paul Katabazi Bitarabeho bought in 1978 from the late Namasole Bagalaayeze Lunkuse, the mother of fallen Buganda King Mwanga. Bitarabeho’s descendants are said to have sold part of the land to Kiconco, who later evicted some of the tenants from it.

“The plaintiff (Kiconco) has been found to have rightfully purchased the land from Paul Bitarabeho and is the rightful owner of the land registered in April 2016. The defendants are therefore ordered to vacate the land in 30 days but if they refuse, the execution division will send bailiffs to force them off the land,” ruled Justice Asiimwe .

Following the ruling, one of the affected residents had to be rushed to hospital in critical condition after collapsing in the court premises.