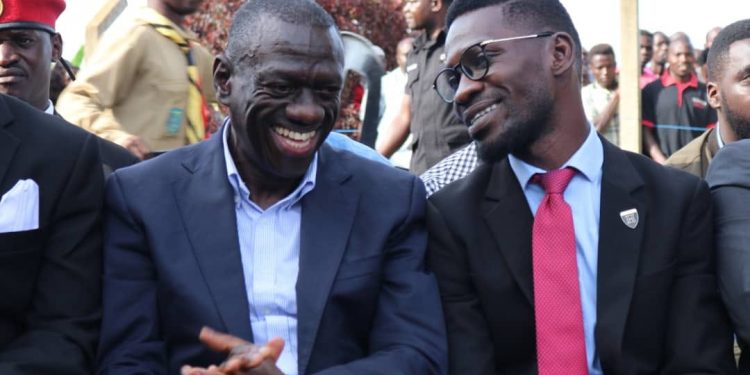 The People Power movement, has slammed reports that they are targeting Forum for Democratic Change (FDC) strong man, Dr Kizza Besigye in order to position themselves as the biggest opposition group in the country ahead of 2021.

Following the recent Hoima by election loss, People Power blamed FDC for fronting selfish interests while FDC supporters accused the People Power group of hijacking their candidate without consent.
Reports have since claimed that the People Power movement is aimed at weakening Dr. Kizza Besigye by positioning themselves as the strongest Opposition group across the country.

While appearing on one of the Local Tv stations, the People Power spokesperson Joel Ssenyonyi has rubbished the reports saying a fellow opposition figure can never be their target because they are all aiming at overthrowing President Museveni.

“The seat we are targeting is not that of Dr Kizza Besigye but that occupied by Mr Museveni. Dr Besigye doesn’t occupy any office,” Ssenyonyi said in part.

Ssenyonyi further added that as the People Power movement, they have their own candidate who will be standing for Presidency and they fill he will represent interests of the People but that doesn’t mean war against fellow opposition figures.