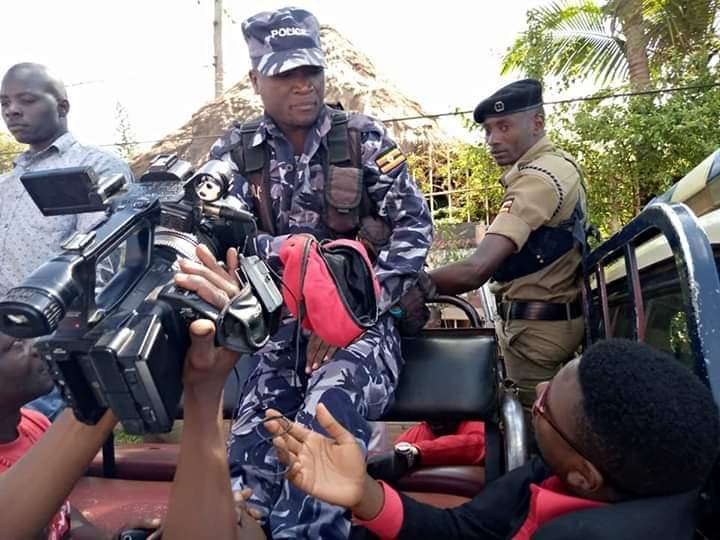 The Uganda Police Force has started arresting people found wearing red berets. This comes a few days after the Uganda People Defence Forces (UPDF) gazetted the red beret as attire that is exclusively for the military and only supposed to be worn by army officers.

Yesterday, police instituted a crackdown in Makindye division, arresting dozens of individuals. A member of People Power pressure group, who is also one of Kyadondo East legislator Robert Kyagulanyi aka Bobi Wine’s aides was among those arrested.

Derrick Nyeko, a councillor in Makindye division, was rounded up by police in Kampala and dumped on a patrol truck, before being driven to a yet to be identified detention centre. Also, several other People Power supporters were arrested in areas of Kabalagala and Kansanga for wearing red berets.

Speaking to this reporter, a police officer attached to CPS intimated that the crackdown was authorised by the IGP Okoth Ochola. He said that police officers have orders to immediately arrest anyone they find wearing a red beret. He added that the crackdown will cover the entire metropolitan area and that those arrested are likely not to be dealt with by the police but rather the army.