Was the BOU Cosase report eaten up by termites 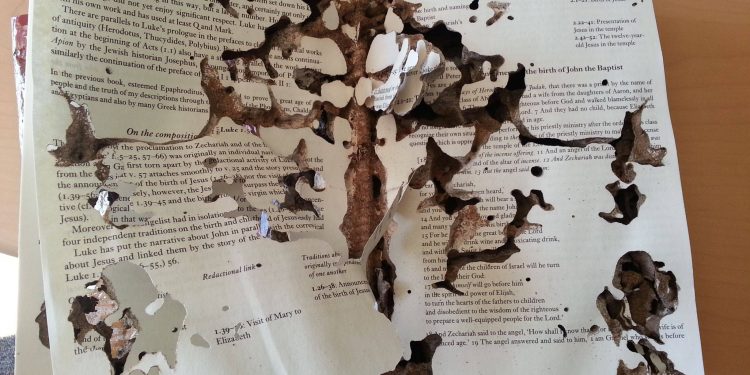 The Prime Minister Dr Ruhakana Rugunda on 28th August assured MPs on the floor of Parliament that government would act on recommendations made by the Committee on Commissions, Statutory Authorities and State Enterprises (COSASE) on the closure of seven commercial banks.

In his submission he noted that when the Local banks closed, the local people got a raw deal because they found it easier to deal with it as it was locally founded and Eight months later, no action has been taken.
As the Public continues to ask what happened to the recommendations in the report, Reports coming in claim that the COSASE report was eaten by termites while it lay on the shelves.

Elijah Okupa, a member of the COSASE committee that investigated BoU noted that they will continue pressing the case to have recommendations implemented adding that there is light at the end of the tunnel since hon. Micheal Mawanda had been granted leave to draft a private member’s bill seeking to amend the BoU Act.
Mawanda’s bill aims at separating the management of the central bank from the board that governs the bank because currently the governor is the chairperson of the board.

After various meetings with BOU led by the then COSASE Chair Abdu Katuntu, the committee made recommendations to Government.

Presenting the report to Parliament in February the then committee chairperson Abdu Katuntu said there were “serious security laxity” at BoU and said bank officials who flouted relevant laws and regulations ought to be held personally responsible.

COSASE highlighted several instances in which the central bank did not follow the Financial Institutions Act (FIA) and its own regulations on appointing auditors, taking inventories, managing confidential information, and reaching out to potential buyers of the failing banks.

The committee also found serious problems with the disposal of liquidated banks citing conflict of interest where it noted that Nile River Acquisition, a company tapped up to recover Shs145b in loans owed to ICB, Greenland and Co-operative banks was not registered and benefited from “an incredibly outrageous” discount of 93 per cent.