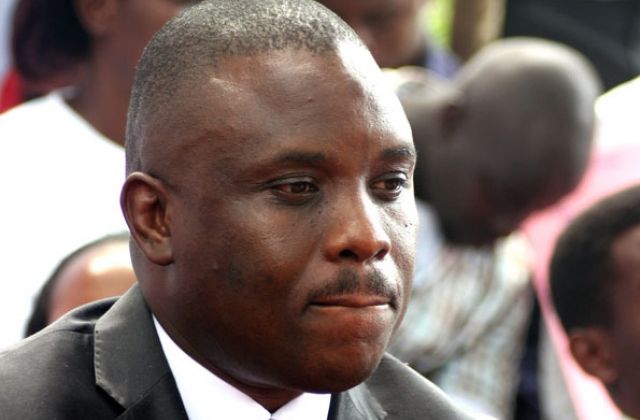 Kampala Lord Mayor Erias Lukwago has run to the High Court seeking protection from a jail term or Shs50m penalty after a suspect he stood surety for vanished.

In his application, Mr Lukwago states that his woes started when Buganda Road Chief Magistrate’s Court released a passport to Ms Sandra Katebareirwe, the suspect he stood surety for. Ms Katebareirwe, the wife of pastor Happy Ntabo, was in 2017 charged before Buganda Road Court with obtaining money by false pretence, forgery and presenting false documents. Pastor Ngabo was the pastor who used to lead FDC’s now banned National prayers back in 2016.

The prosecution alleges that Ms Katebareirwe on July 8, 2016 at Rwenzori Towers in Kampala with others still at large, defrauded Wu-WeiLing of Mama Mia Investments of $68,530 (Shs251m) under pretence that she would rent him space at Imperial Botanical Shopping Mall in Kampala. She denied the charges and was granted bail but was ordered to deposit her passport in court. However, later Ms Katebareirwe got her passport back from court and travelled abroad but she has since jumped bail.

Mr Lukwago pleads that it was unfair for court to order him to produce Ms Katebareirwe in his capacity as a surety within six months or forfeit Shs50m to government yet court did not inquire from him whether he would continue standing surety for the accused and monitor her while she was out of the country before it released the passport to her to travel abroad.

“As a practising advocate, I believe that the Chief Magistrate exercised jurisdiction vested in her illegally when court proceeded to release the accused’s passport to enable her travel abroad without my knowledge as one of the persons who stood surety for the accused person,” Mr Lukwago states in his application before court.

He adds: “The trial Chief Magistrate ought to have notified me before releasing the accused person’s passport and inquire from me whether I was ready to continue standing surety for the accused person under the revised bail conditions or terms.”

Lukwago wants High Court judge Yasin Nyanzi to set aside the orders of Buganda Road Court and discharge him from the revised conditions and terms for Ms Katebareirwe’s bail. He says it will be gross injustice if the court orders are enforced against him to pay Shs50m or be sent to jail. Justice Nyanzi has set October 15 for the hearing of Lukwago’s application.