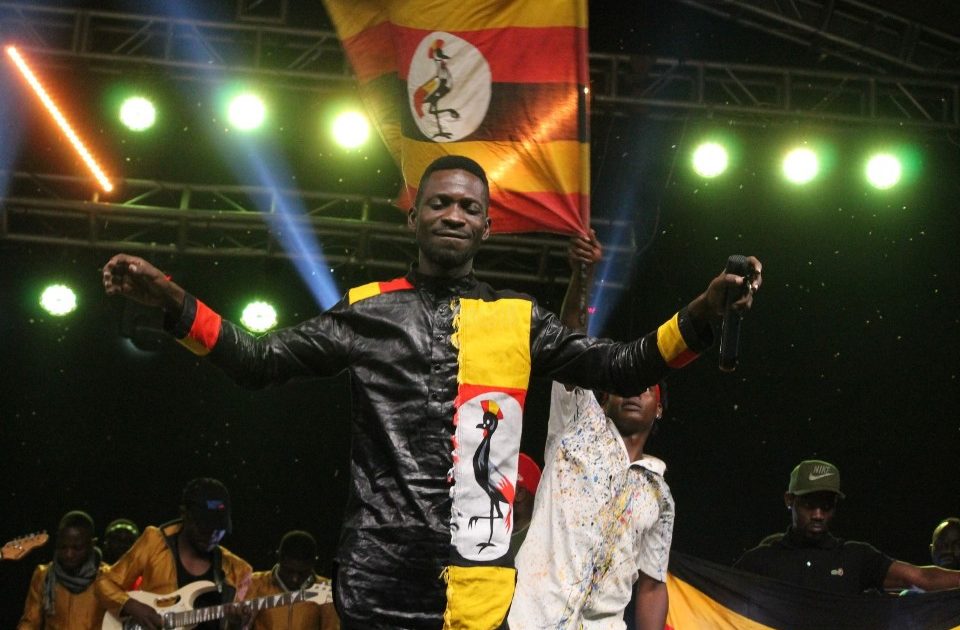 Kyadondo East Legislator Robert Kyagulanyi aka Bobi Wine has affirmed that his Osobola Concert slated for October 9, will take place at One Love Beach, Busaabala with or without Police confirmation.

Speaking to Journalists at Semakokiro house in Kamwokya, Bobi wine noted that as per the Public Order Management Act, he took it upon himself to Inform Police about his upcoming concert but they are silent about giving him a response.

In his letter to Police, Bobi wine noted that Police should allow him hold the Independence Day Concert promising to comply with any rules that would be set as conditions for him to hold the concert.

Bobi wine also revealed that he will personally walk to the police headquarters tomorrow Tuesday if he does not receive any reply to his application by the end of the day.

However According to Enanga, the Police Spokesperson, he told Journalists that Police was yet to receive an official communication from the territorial commanders where the concert will be held adding that the commanders are tasked to visit the scene and see whether it complies with the set minimum security standards such as fire extinguishers and body scanners.

Despite Bobi wine saying that the Osobola Concert is taking place on Independence, Enanga said that without the confirmation of the commanders, the show will not take place.