Who will be Uganda’s next IGG 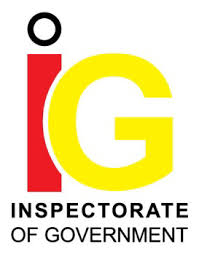 With Mulyagonja as a Court of Appeal Judge, her Position as the Inspector General of Government is vacant and reports indicate that the Opposition might win the IGG seat for the first time.

However information coming in indicates that Bamugemereire and Abdul Katuntu are in for a big fight on who will be the next IGG.

According to one of Sources, Abdul Katuntu a lawyer retiring from Parliament in the next Parliamentary Elections has been seconded to become the Next IGG for his ability to question leaders without fear or favour.

Bamugemereire who comes second in the contest is bold and her work in the Land inqury speaks volumes but lately her desire for media attention is costing her the big job.

While President Museveni is trying so hard to fight corruption, he however reserves  some people because he does not want to appoint capable and bold people at the expense of his votes, since many of the corrupt officials have sympathisers/ voters who earn directly from the corruption proceeds.

Meanwhile as Mulyagonja awaits confirmation from the Parliament of Uganda, Uganda is likely to have a newly appointed IGG sometime this week and chances are high that he or she might be from the Opposition side.