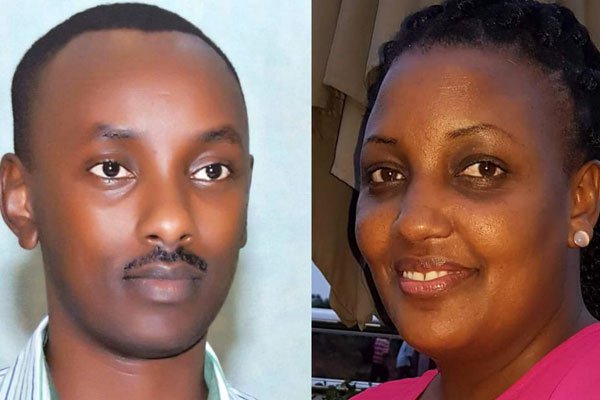 Five of the suspects who were arrested in linking with the murder of Joshua Nteireho Rushegera and Merina Tumukunde have been released from police custody.

Among the five suspects who were released from Police Custody include Lawyers Deus Kamugisha, Yafessi Mwijusa from Mbarara District , Peter Ayebazibwe, Dr. Eddie Sengaire and Martin Rushegera all cousins to the deceased.

All the five suspects were picked up by a joint security team from Mbarara and Bushenyi districts last week after it emerged that they had transacted business with Rushegera two days before he met his death at the Entebbe Express Highway.

According to the Fred Enanga, the Police spokesperson, the five suspects were released after recording statements, which are now being scrutinized by investigators to assess their relevance to the crime in which Joshua and Merina lost their lives.

Joshua Nteireho and Merina Tumukunde were shot dead near Nambigirwa Bridge on the Entebbe Express highway on 5th September 2019, at around 10:30 pm.

On the same day, a joint security team arrested three police constables attached to Counter Terrorism and Tourism directorates including Davis Taremwa whose gun was recovered from the scene of crime, Mugote and Atwijukye.

The Police investigators suspect that Joshua’s assassination was a result of the Land wrangles he had had with his cousins, a money lending business and Gold transactions.

Of all the 10 suspects that have been linked to this murder, Only Taremwa is still under police detention and Investigators have since established that prior to his death, Rushegera had booked two rooms at Innophine Hotel in Entebbe.