Bobi Wine is in the hearts of the masses 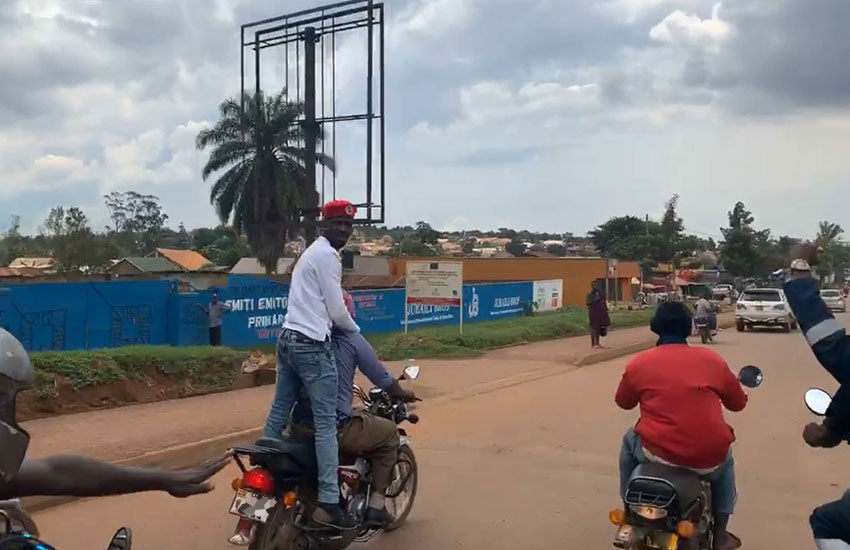 If the events of yesterday have anything to prove to Museveni and his junta, it is that Bobi Wine enjoys the popular support and love of the masses. He is a politician who represents a big section of Ugandans who are sick and tired of the incompetent NRM government that has been at the helm of power for 33 years now.

Even when they had days of plotting and planning, the NRM and security agencies could not with precision curtail the Kyadondo East legislator from escaping at his home where they thought they had kept him under house arrest. This is despite putting several roadblocks and checks from Gayaza to Magere to Wampeewo. Traffic was paralysed as the security men and Policemen frantically searched all vehicles leaving and heading towards Gayaza.

Somehow, Bobi Wine emerged riding on a boda boda and heading to town amidst the cheers and dancing of many fans. He was joined by a string of vehicles and boda boda men who cheered him on and mocked the security agencies that thought he was under house arrest in Magere. For a moment, downtown Kampala was paralysed and security personnel engage in running battles trying to arrest Bobi Wine and many of his other supporters.

From the loud cheers and sacrifice by several people yesterday, it was evident that the love for Bobi Wine was genuine and not something he has to pay for like the present-day Yoweri Museveni and his NRM.

While in his bush war that he so much loves to talk about, Museveni severally speaks about the love and generosity of the masses who supported the NRA and helped it to avoid capture by the state. Such support was very critical to their success. This is probably why the NRM is still paying back families that contributed to the success of the 1986 bush war victory.

Even when he has employed more peaceful means, Bobi Wine is clearly a favourite of many Ugandans who are willing to do acts of kindness to support his struggle!