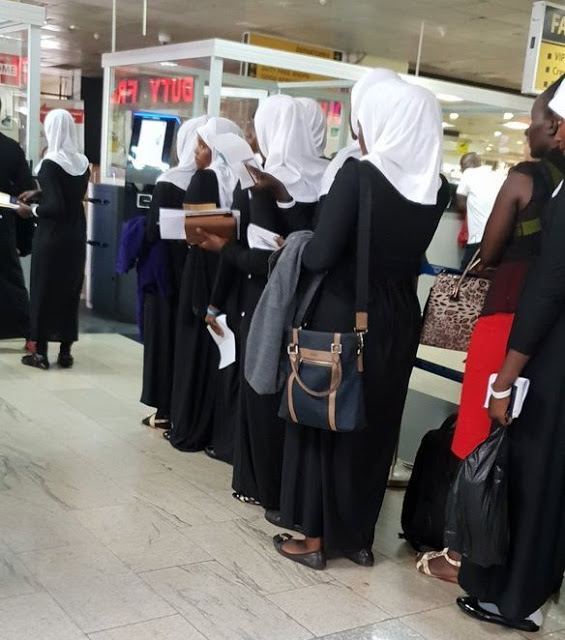 Aviation Police and Immigration officials at Entebbe International Airport on Tuesday intercepted 12 young girls that were being trafficked to Saudi Arabia to work as maids.

The Girls were all dressed in White T-shirts with Arabic writings being trafficked by a purportedly registered company and when they were intercepted they told Police that they had been recruited by Awali Umaru and Yasin who operate their recruitment business at Freedom City.

Reports coming in from the Kampala Metropolitan spokesperson Patrick Onyango indicate that girls are being held at Entebbe Police Station as they hunt for the recruiters over human trafficking.

All the girls had one way tickets aboard Fly Emirates headed for Saudi Arabia having been recruited by a non-authorized company.

“The youth were wearing T-shirts with Arabic writings and when we cross-checked, we found out that the company that recruited them is not among the list of authorized recruitment agencies. All the youth had a one-way ticket aboard Fly Emirates,” he said in a statement.