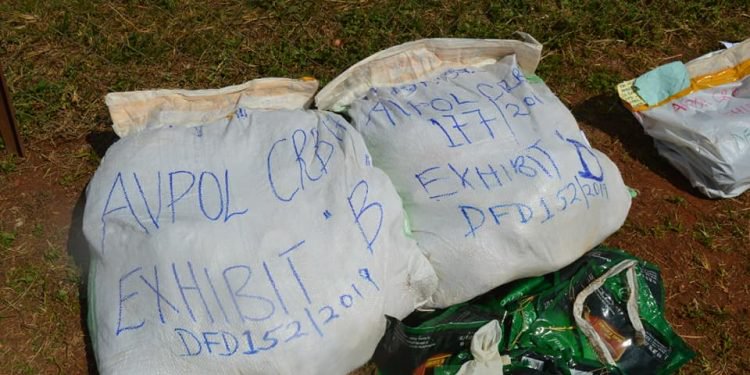 Police at Entebbe Airport have arrested two Bolivian nationals with cocaine pellets worth over two billion Ugandan shillings destined to a yet to be identified locaton.

According to Luke Owoyesigire, the KMP police spokesperson, the two Bolivian nationals identified as Choque Condori Emilio, 24 and Martinez Villarpando Pedro, 22 arrived at the airport on September 29, 2019 aboard Ethiopian Airlines from Brazil and they had via Addis Ababa.

On Arrival the Uganda Police Anti-narcotics drug staff to be in possession of narcotic drugs they had smuggled in using the Internal cocaine smuggling system of swallowing the pellets.

The Police Spokesperson noted that the duo was taken to the aviation police station and put on observation where each one of them passed out 100 pellets making it 200 for both suspects of substances suspected to be narcotic drugs adding that all together the 200 pellets had a gross weight of 2914.82 grams.

“Preliminary tests indicate cocaine but have been submitted to the Government Analytical Laboratory for further analysis.”

We have also learnt that by 2016, according to the International Narcotics Control Board, a kilogram of Cocaine cost around US $20,000 whereas Heroin costs US$10,000 for one kilogram.

Early this year Police arrested a group of seven People at Entebbe who had tried smuggling narcotic drugs worth Shs3.2bn (US$853,328).

Lawyers, activists speak out on army ‘shoot to kill’ order