Opinion: How Electoral Commission Is Targeting Bobi Wine Ahead of 2021 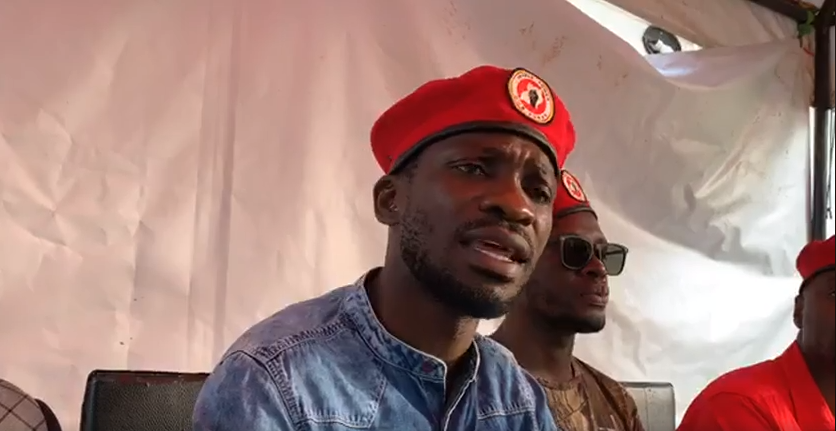 Uganda is one of the few countries where a serving president can appoint the electoral commission chiefs to preside over an election where he’s always party.

It’s like One team appointing a referee for the game yet many other teams are on the same fixture, so what do you expect from a referee who has been appointed by the same team to do on the peach during the match.

We all thought electoral commission was back on a good reputation after Engineer Badru Kigundu’s contract came to an end and Justice Simon Byabakama was appointed, but seems the new era might be worse than the former.

The Impression of Electoral Commission indicates how they are determined to block Bobi wine from challenging Museveni in 2021 with all odds proving to be in his favor. The same president vies for a position he’s already holding with all the state machinery. Well, that’s African politics, in well established democracies, a president resigns three months before the voting day, leaving powers to either the chief justice or the speaker of parliament.

The new Electoral reforms that are under process also target Bobi wine equally as they block independent candidates from vying for presidency, and also the same seeks to hold presidential candidates to announce their source of income to fund their campaigns.

After Bobi wine rallying many Ugandans to register for National IDs in order to qualify to be on the National voters register through his “Funa Ndagamuntu” slogan, Electoral commission came out and brushed it off claiming National ID is not a necessity for one to vote.

Having worked with the electoral commission, I can clearly confirm this was a blatant lie because someone can’t appear on the national voter’s register without being enrolled by NIRA which registers for national Identity cards.

Secondly, with the introduction of the voting machines, if one’s name appears on the voter’s register, if s/he has no voter location slip that are given out by electoral commission prior to the voting day, his/ her national ID is scanned to retrieve his details for verification.

But with the determination of the people power movement who believe the road to freedom is characterized with all forms of mischief and disappointments, I believe even if the nomination is put at UGX1bilion for presidential candidates, Bobi wine will appear on the ballot paper of 2021.

The Author Is a Journalist at Opera News