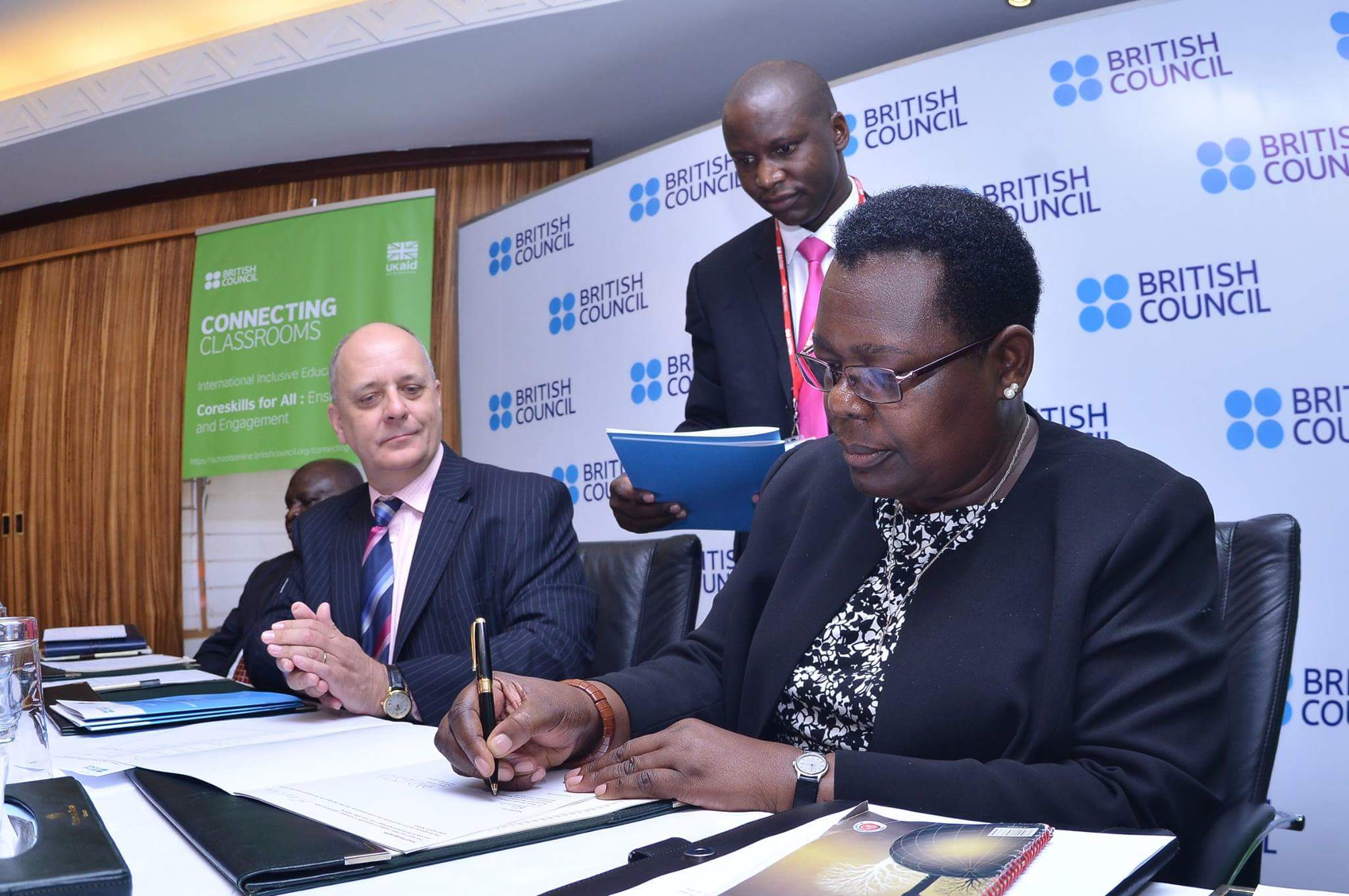 Enough is enough! That seems to be the sentiment from the Public Service Commission to President Museveni following his appointment of corruption-riddled Permanent Secretary Dr Nassali Lukwago.

Dr Nassali Lukwago, alongside Dr Opio Okiror, the former commissioner health services were arrested in August over abuse of office and causing financial loss of UGX33 million in the 2014/2015 financial year in their role as accounting officers in the Education and Sports Ministry.

And now Dr J. Mitala, the heads of Public Service and Secretary to the Cabinet, in a letter dated October 11, informed Dr Nassali that the Inspector General of Government has directed that the former be suspended from performing any duties.

“Arising out of the criminal case No. CO-0107-2019 under which you are being prosecuted before the Anti-Corruption Court, the Inspector General of Government has directed that you be suspended/interdicted immediately from performing the functions of your office until the prosecution is concluded,” Dr. Miatala’s letter to Dr. Nassali dated October 11, 2019 reads in part. 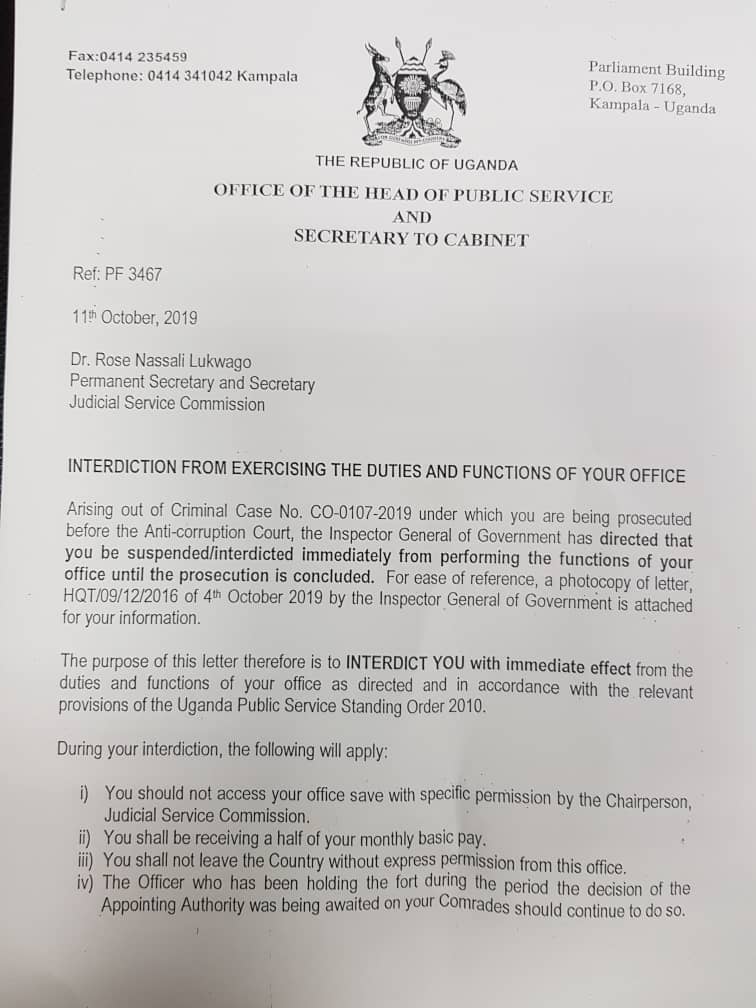 The purpose of this letter, therefore, is to interdict you with immediate effect from the duties and functions at your office as directed in accordance with the relevant provisions of the Uganda Public Service Standing orders 2010,” it adds.

The prosecution alleges that the suspects facilitated an overpayment of UGX33.8 million to AH Consulting Ltd well knowing it cause financial loss to the government.

We wait to see if Yoweri Museveni will override this directive and have his appointee continue working despite the cloud of charges over her head.