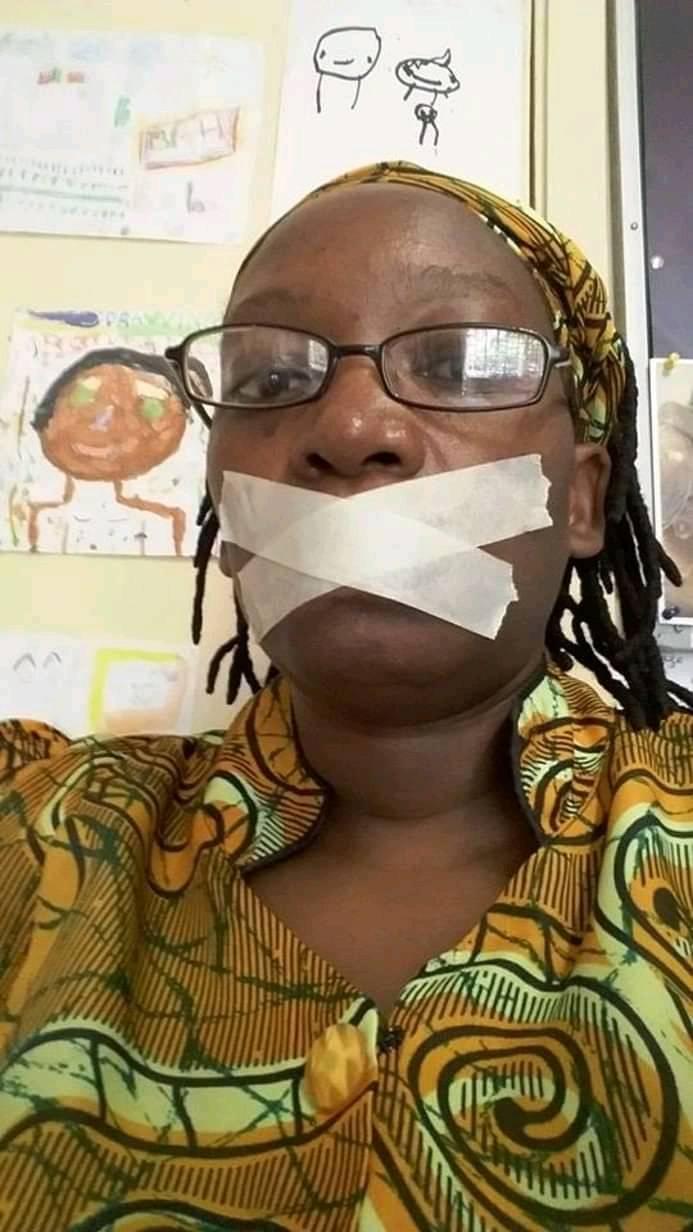 When Dr. Stella Nyanzi was on August, 3 declared guilty of the cyber harassment charge, the trial magistrate Gladys Kamasanyu issued an 18 months sentence. This punishment was to be served in half given that the convict had spent nine months on remand amid trial. The courtroom was lit up with a swarm of people who shouted at their peak to show solidarity. Most were donned in blue attire with inscriptions of the “FDC party stands in solidarity with Dr. Stella Nyanzi”. The trial magistrate thought Stella would base on her motherhood factor to mitigate for a lighter sentence of perhaps paying the shs 1.44 million fine. In her speech, she defiantly declined to mitigate and boldly told off an astonished Gladys Kamasanyu to do her just a favour and issue an urgent directive to see the women’s washrooms cleaned. This request was nevertheless taken lightly by her captors in the prisons department. She let the cat out of the bag by exposing what the big prisons officers never wanted disclosed to the public. This in the first place posed Dr. Stella to harsher treatment upon return to the cells. It is reported that when she was convicted, the O/C of the Luzira women’s wing who in this case has been revealed as ‘Afande Akello’ ordered other inmates to deal with Dr. Stella. In that very week, her visitors reported that she had sustained internal injuries during what could have been a serious hustle. They claim that she had told them how Afande Akello was mistreating her by asking inmates to beat her up. When this information vented out of the prisons perimeters to the public, the wardresses transferred Dr. Stella to an isolated facility which appeared to be a solitary confinement place where ‘stubborn’ inmates are kept.

According to her confession, the facility is a heavily guarded small room with only standing space. The darkness, moving lice and bedbugs pierce through one’s pores as they plunge their bloodthirst sting into the captive’s skin. This is part of the situation Dr. Stella underwent for the rest of the month after conviction. What had inspired this treatment was what the Uganda prisons boss, Frank Baine had termed as improper behaviour that called for harsh punishment. Baine told off the press in retaliation to Stella’s nude protest in a live video feed broadcast from prison during trial. Her learned counsel, Isaac Ssemakadde of Centre for legal aid had argued that the prisons had no authority whatsoever to institute a punishment to his client given that the video trial is still unconstitutional and violates a prisoner’s right to a fair hearing since it assumes guilt basing on the fact that one doesn’t step in the courtroom.

Baine could not consider Counsel Isaac’s argument and considered punishing the celebrated academician. In the cold nights, all Stella could hear were the singing mosquitoes which unapologetically soothed on her blood. The situation lasted for several weeks under the stewardship of Afande Akello who could not spend a night minus checking on the isolation unit. In this very week, the FDC party president Patrick Amuriat Oboi heard about the injustices after being alerted by an insider in the cells. He responded with a visit which was blocked because Dr. Stella was not in good shape to meet her visitors. It is alleged that Akello ordered for the visitor restrictions because she never wanted the news of Stella’s torture to hit the papers yet again. She successfully concealed this information till Stella’s facial injuries recovered. The next visit was by her confidant, Namatta Annette Nana Mwafrika Mbarikiwa. Stella forged a smile to evade the planned dismissal of her visitor however deep inside her heart one would see the pain she was undergoing.

In our next episode, we will bring you what is happening to other inmates close to Dr. Stella Nyanzi