Bobi wine in Nigeria for the Felabration music festival. 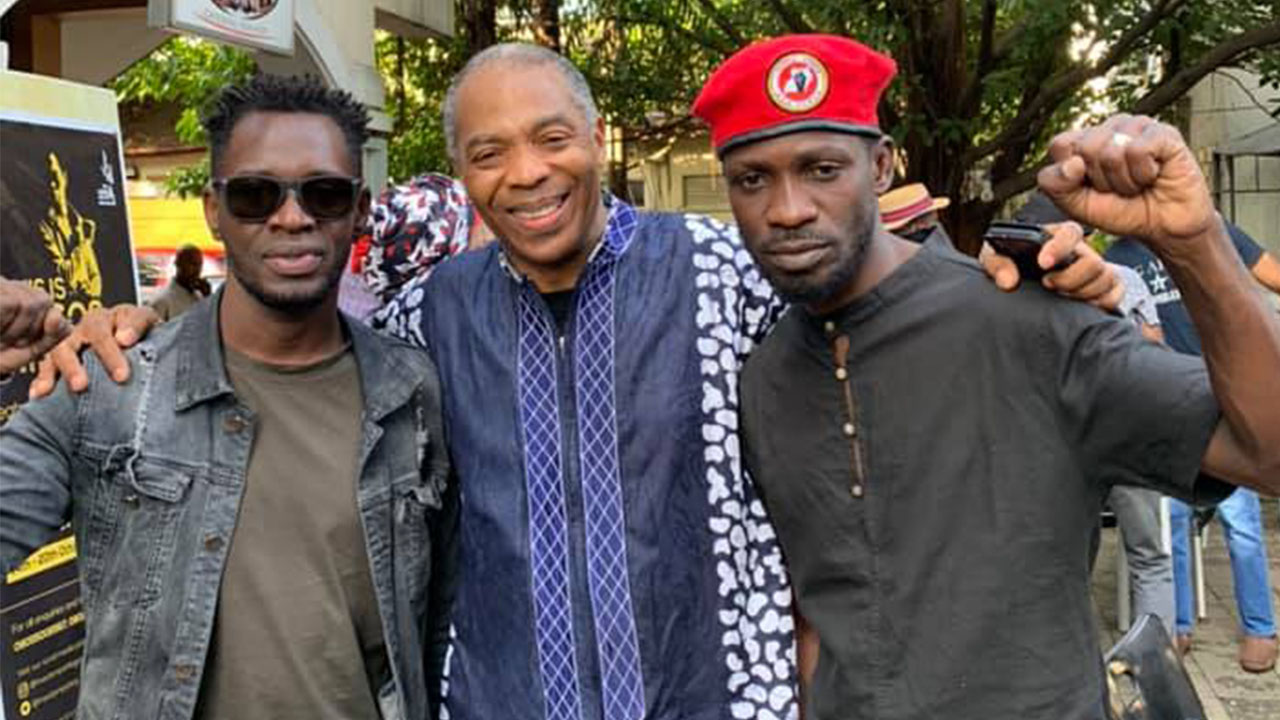 Bobi wine is in Nigeria for the Felabration music festival .He traveled with Musician Nubian li and His wife Barbie kyagulanyi

Kuti was a political giant in Africa from the 1970s until his death. He criticized the corruption of Nigerian government officials and the mistreatment of Nigerian citizens.

He spoke of colonialism as the root of the socio-economic and political problems that plagued the African people.

Corruption was one of the worst political problems facing Africa in the 70s, if not the worst; and Nigeria was among the most corrupt countries of the time.

Its government was responsible for election rigging and coups that ultimately worsened poverty, economic inequality, unemployment, and political instability, which further promoted corruption and thuggery.

Fela’s protest songs covered themes inspired by the realities of corruption and socio-economic inequality in Africa. Fela Kuti’s political statements could be heard throughout Africa

The idea and concept of Felabration as an annual celebration of Fela’s music, life and times, originated from his eldest child Yeni who conceived it in 1998.

Bobi wine will share  stage with Author Chimamanda Ngozi Adichie whose work has been translated into over thirty languages and has appeared in various publications, including The New Yorker, Granta, The O. Henry Prize Stories, the Financial Times, and Zoetrope.

Professor Akin Oyebode Harvard law trained who  specializes on the law of treaties and, in 2011, was mandated by the African Union (AU) to draft the African Treaty on Transborder Cooperation in Africa.

Kingslee James McLean Daley, better known by the stage name Akala, who is a British raper , journalist ,author activist ,poet and political activist and in  2006, he was voted the Best Hip Hop Act at the MOBO awards

The world’s largest Felabration will take place in Ikeja  Nigeria .