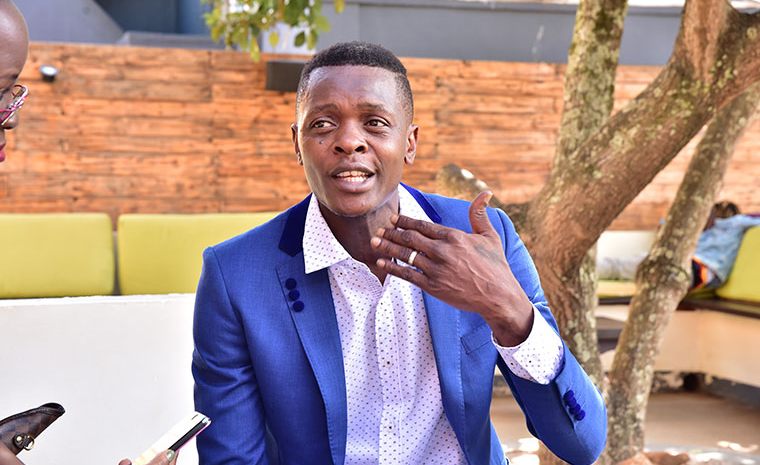 Ugandan singer turned politician and yet to be Kampala Lord Mayor Joseph Mayanja alias Jose Chameleon has come out to console heartbroken Eddy Kenzo after his longtime girlfriend Rema Namakula got snatched by a one Doctor identified as Ssebunya.

As the Public continues to take sides on who is Team Rema and who is Team Eddy Kenzo, Chameleon took to his social media platforms advising Eddy Kenzo to stay silent and also move on with life because break ups and disappointments happen every other day.

A few days ago Rema introduced her newly found Soul mate to her Parents in a Luxurious Kukyala that has been the talk of the town. However this gesture did not go well on Eddy Kenzo’s side since he has been lamenting and cursing all over his social platforms indicating that he is going through an emotional breakdown that might soon turn into depression.

Feeling Concerned over the situation of a fellow Musician, Chameleon had this to say;
EDDY:
“You are not an Angel, And so are many of us,
The times will pass and the storm will settle!!
Only God knows what he planned for us.
Anyhow to be a General, you must take a bullet!!!! And come back alive.
Pray, Pray and pray!!
Stay silent and let the caravans pass.
Many more challenges are ahead of you.” Signed off LEONE ISLAND MUSIC EMPIRE

Kenzo has since promised not to sing at any concert in Uganda and also declaring a hunger strike while camping at Kibuli mosque until Sheikh Muzaata apologizes to him for calling him gay and telling him to go and marry his mother.