Museveni in Juba for Peace talks 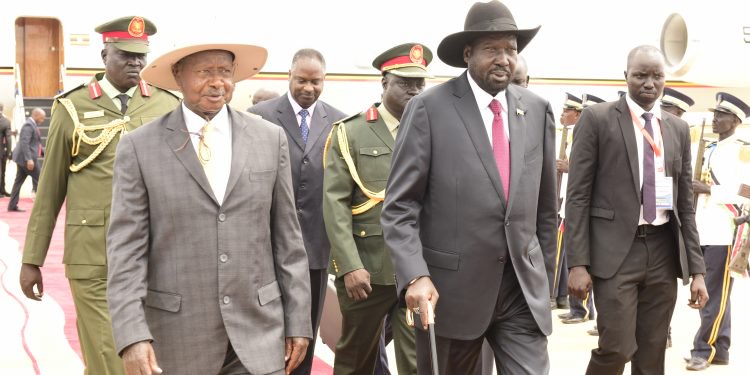 President Museveni has this afternoon left Uganda for Juba, to join the regional leaders in their quest to find a way forward to achieve total peace in Sudan.

The spontaneous Juba peace meeting will be attended by the Prime Minister of Ethiopia, the Rt. Hon. Abby Ahmed who is the current chairperson of IGAD and also the main broker of the peace deal in Sudan.

Among other Peace brokers expected to attend the meeting are leaders from Somalia and Eritrea who are pushing for a peaceful South Sudan.

Sudanese parties at the Peace meeting include the Revolutionary Front represented by Dr. El-Hadi Idris Mustafa and the SPLM North represented by Gen. Abdalla Aziz Adam El Hilu. Groups in the Darfur, Blue Nile and South Kordofan regions have had tensions with the Khartoum government over what they call “Neglect and Marginalization” particularly under the rule of Sharia law.

Last month, the factions signed the “Declaration of Principles of Rights and Freedoms” under the auspices of Juba as the chief mediator.

As Museveni goes to push for South Sudan Peace, Ugandan Traders have lost billions of money in the war but Government has not refunded most of them and they continue to count losses with less government intervention.