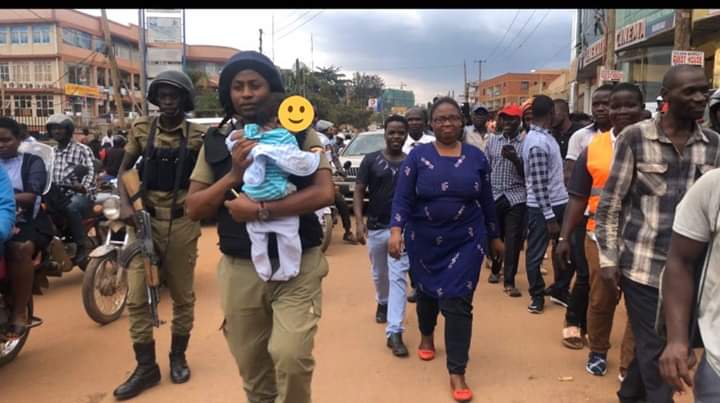 According to reports from Nana herself, police says she must appear before Kiira road station tomorrow morning by 10am without fail or else an arrest warrant gets issued. From our phone engagement with the renowned feminist, we established that police wants her to respond to the bond terms.

Nana was brutally arrested on independence day by police under the command of the Ntinda police station DPC. She was in Ntinda trading centre at the time of the arrest where she was found launching her “Twesibe Leesu” campaign. Designed veils and head scuffs with the Uganda flag inscriptions were confiscated from her when police attempted to dump her on the waiting truck.

She was then detained for several hours with her three months old baby till pressure exterted by activists forced the officers to cough her. She sought medical treatment at a local Ntinda hospital where the bruises and internal injuries were nursed.