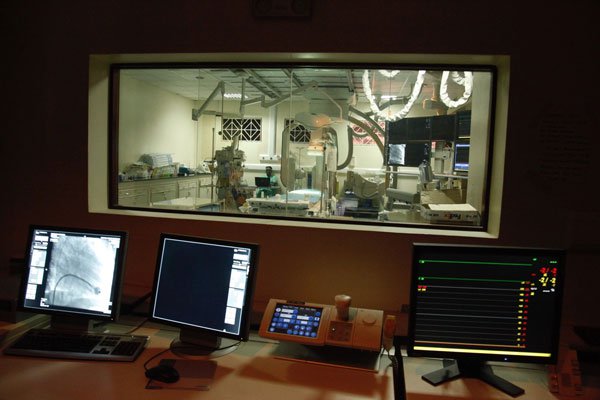 The Intensive Care Unit is a special department of a hospital that provides treatment for patients with severe sickness or life-threatening illnesses that require close monitoring by highly trained nurses and physicians.
Despite having cost Government billons of Money, the ICU which was commissioned 8 years ago has never functioned and the equipment having overstayed without use are damaged.

Jinja Regonal Referral being the biggest hospital in Jinja, most patients referred there for further management end up referred to Mulago hospital travelling miles to Kampala for better health care and those who can afford medical care opt for Nile international hospital, a private facility in Jinja district.

The 13 bed Intensive Care unit, fully equipped with a computer monitoring system, was constructed with assistance from ASSIST International, a United States-based non-governmental organization and commissioned in 2011 to decongest Mulago National Referral Hospital because the target was that Jinja Regional referral would serve patients from the Eastern region.

The Director Jinja Hospital, Dr. Edward Nkrunziza confirmed the reports saying that ever since the facility was commissioned, the ICU has never been functional and Patients are referred to Mulago National referral hospital from time to time adding that they cannot admit any patient at the unit because the system is down and the ICU has no budget allocated to run it.

“At the time it was commissioned, the unit lacked an anesthesiologist and nurses were trained to attend to patients; later, the machines became nonfunctional because they had overstayed without being used,” Dr Nkurunziza said.

Mr Charles Olum, a resident of Jinja, said it is unfortunate that the facility is not working and blamed government for allegedly failing to supervise such places adding that there should be a policy put in place to ensure that such facilities work to save the lives of people, most especially the locals who cannot meet private hospital bills.

Mr Yusuf Ampaki, whose patient had been referred to the unit from Bugiri hospital, said most patients referred to Jinja end up seeking help from outside the facility or travel miles to Mulago National referral Hospital for medical assistance.