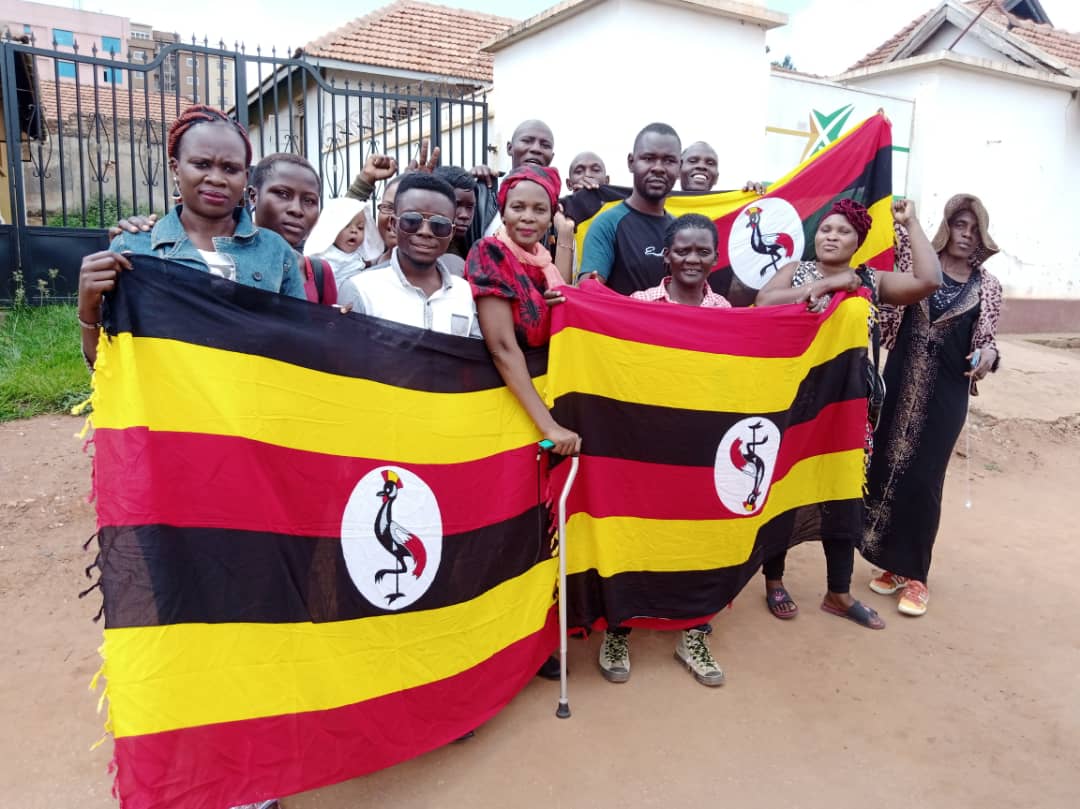 Today morning, Namatta Annette who is widely known by her code name Nana Mwafrika Mbarikiwa was at Kiira road police station answering to bond summons. Limping on her clutches, a weakened Nana struggled her way into the DPC’s office. In company, Nana had a team of activists to beef her morale up. Her counsel, Tegule Gawaya was seen engaging with the DPC and our sources learnt he was labouring to know whether his client would be allowed back her freedom. The DPC, Kasigaire looked resigned from his earlier position of detaining the activist. Later in the day opposite police premises, Nana together with her team launched the long anticipated ‘Twambale Leesu’ campaign.

The launch is to steer the delayed liberation wheel to freedom. What Nana and her counterparts intend to communicate to the world is the fact that through activism and advocacy the much desired change can be realised. “I am implored by a burning urge for change. I feel this non-partisan leesu campaign will help us depose the dictator”, Nana told this site. “We will always stand in solidarity with all tortured and oppressed activists. We are starting tomorrow at High Court. We will come wrapped in our leesus and stand for Stella”, Nana adds. With the government efforts to fight the red berets, Nana’s leesu seems advantageous and comes at a moment when Ugandans are donning under frustration and fear. The unifying Uganda flag scuff may perhaps be a success for Nana and her team given that people will embrace it due to it’s clear non-partisan grounds as Wanyera Simon emphasises. “This will yield, at least the flag represents all of us”, Wanyera says.